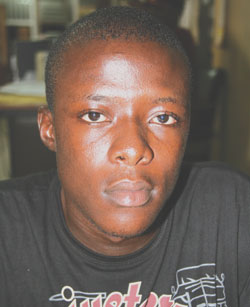 Adeniji Daniel Oluwaseyi also known as Lyrix, an upcoming musician, is set to release his album, My Life, an 11 tracker, come December.

Tokunbo Chord, son of Jide Chord and a highlife musician produced the album and artistes such as Krest Up, YQ, Tu Step and Segun Agbede also known as Blacksmith, featured in it.

Adeniji, a HND 1 student of Lagos City Polytechnic, Ikeja and native of Sagamu, Ogun State, started his music career in 2003 on the streets of Lagos.