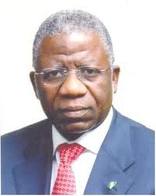 The suit filed by recalcitrant public officers under the auspices Association of Senior Civil Servants of Nigeria challenging the power of the Head of Service of the Federation to conduct promotional examination tests on officers from grade levels 14 to 16 in the Federal Civil Service this morning suffered a setback.

The vacation judge of the Federal High Court sitting in Abuja; Justice David Okorowo, was said to have travelled to Enugu state and is being expected back by Tuesday.

The ex parte application could, however, not be moved as the court failed to seat in the absence of the Vacation Judge.

The test, which the aggrieved public officers sought to abort, however, commenced this morning in Abuja with some members of the association participating.

Some members of the group who were at the court today for the stalled proceedings expressed displeasure over the attitude of some of their compatriots who notified the association that they will not participate in the test but went ahead to participate in the ongoing test.

They noted that the failure of the court to seat this morning and the commencement of the test, that they will have to jettison their motion ex parte and pursue their substantive suit where they are asking the court to determine whether having regards to the provisions of section 153 (1) (d) & (2), section 318 (2) and paragraph 11 (1) of the Third Schedule of the Constitution, the power to promote officers on salary grade levels 14 to 16 in the Federal Civil Service is vested in the Federal Civil Service Commission or in the Head of Service of the Federation.

They also want the court to determine whether the Federal Civil Service Commission is obligated to consult the Head of Service of the Federation in the exercise of the power to promote public officers.

The senior public officers want the court to hold that the Federal Civil Service Commission is not obligated to consult the HOS in conducting promotional exams for them.

The matter is slated to come up on Wednesday.