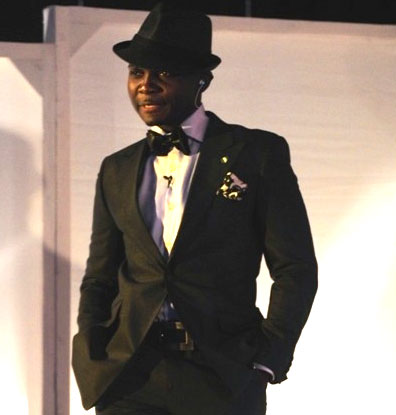 The Teju BabyFace Show has won multiple awards in the just concluded second edition of The African Audio-Visual Awards (TAVA), which was held at the Shell Hall of the Music Society of Nigeria (MUSON) Centre, Onikan, Lagos.

A child of necessity, TBFS debuted on 4 May, 2010 as an engaging talk show with a difference and immediately got pundits and critics talking. The producers say TBFS was designed to provide beyond limits fun and entertainment to TV viewers across the country and beyond.

The host, Teju BabyFace, brings a fresh twist to a genre popularised by comic idols David Letterman, Ellen Degenres and Johnny Carson as he gets up-close and rib-crackingly personal with celebrity guests in no-holds barred battle of wits. AndÂ  hasÂ  the respected Director Tade Ogidan calling the shots.

Teju BabyFace dedicated the award to his fans.

On his plans for the next season the comedian says he intends to feature Ibrahim Babangida, dance performer Alfa Sule and Magicians.

Ace Comedian Teju Oyelakin popularly known as Teju BabyFace has had his hands in lots of entertainment endeavours spanningÂ  acting, modeling, comedy and most recently a TV talk show.

A graduate of the University of Lagos, Mr. Oyelakin has over the years redefined his brand, giving fans and critics bits and pieces of what he has to offer.