The Rising Profile Of Mo'Chedda 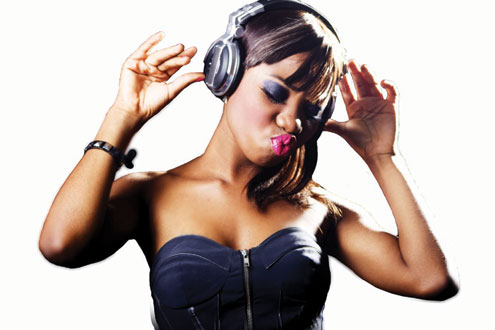 At the age 19, Modupe Oreoluwa Oyeyemi, popularly known as Moâ€™ Cheddah, has registered herself as one of the hottest female rappers in the Nigerian music scene.

Although she is yet to debut, she has done collaborations with other acts like M.I., Sasha, Mode 9, eLDee, Skuki, Chuddy K, Terry tha Rapman and Knighthouse.

A nominee at this yearâ€™s Hip Hop World Awards in the Next Rated category, Moâ€™ Cheddah came second at the Hennessy Artistry Concert Tour last year and this year, she is set to become the youngest female act to feature in the upcoming Girl Power Tour.

She is currently the most talked about Nigerian artiste on MTV Base and according to a release from the music channel, â€œMTVâ€™s programming, event and digital muscle will get behind the rising act to build awareness for her across Africa on the DSTV platform, using her face and music all over MTV Baseâ€™s TV, on-line and mobile platforms for the month of August 2010.

â€œShort vignettes and cameos of Moâ€™ Cheddah, shot on location in Nigeria, will also feature regularly on MTV Base throughout August.â€

P.M. Entertainment gathered that her debut album, Franchise Celebrity, has been penciled down as one to watch out for by critics and entertainment pundits alike.

In a chat with P.M. Entertainment, the Theatre Arts undergraduate of the University of Lagos, recalled that â€œwhen I was 12, I remember how I used to disturb a family friend of ours, Rogba, who today is a member of Knighthouse Producers, that I wanted to singâ€¦ and he actually taught me the rudiments of music then.â€

However, Moâ€™ Cheddah, whose single,Â  Finest, has been enjoying impressive air play both on local and international radio stations, described Tuface and P-Square as her role models â€œbecause they have taken Nigerian music to the next level.â€