CAF Champions League 'Heartland Must Perform Against Ismaily In Cairo' 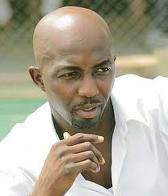 A board member of Heartland Football Club of Owerri, Harry Awurunibe says the team have no excuse to fail when they battle Ismaily of Egypt in the Caf Champions League match in Cairo tommorrow.

Heartland, formally known as Iwuanyanwu Nationale, have lost two away matches to Al Ahli of Egypt and JSK Kabylie of Algeria, and Awurunibe believes they must now raise their game as the continental tourney enters its crucial stage.

He said the Imo State government has done enough to motivate the players ahead of their campaign in the lucrative league.

“I was there when Heartland lost in the final of the Champions League last year and I knew what the government did for the team. The team were not starved of anything to ensure that they perform well this time around.

”The government has been paying their salaries regularly, while their sign on fees have been settled. I want to say that the employment of former Nigerian international, Samson Siasia and Emeka Ezeogu was made intended to beef up the technical crew.

”To me, that’s an added advantage for the team. So the players have no excuses. Now that they are in Egypt again, the team must deliver when they confront Ismaily in Cairo on Sunday (tomorrow)”, he said.

Meanwhile, Siasia, who will soon assume duties as Super Eagles’ Chief Coach, has assured that Heartland would play the game of their lives when they meet the North Africans tomorrow.

He said: “I know that Nigerians are expecting a lot from us, We won’t give up. We’ll play our best games and by the Grace of God, the team will not disappoint”.