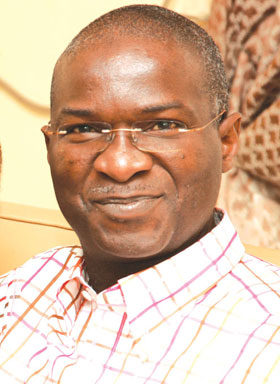 A political pressure group, Advance Organisation Forum has advised the state governor, Mr. Babatunde Raji Fashola, not to concentrate his development programmes in a particular area of the state, stating that about 85 per cent of the population is made up of the downtrodden masses.

It noted that Pa Obafemi Awolowo was successful as a leader because he floated the Oodua Group of Companies which served as a source of income to his administration, whereas today, most governments at different levels, rely solely on revenue allocation from oil money.

On the national political scene, the group advised the chairman, Independent National Electoral Commission (INEC), Prof. Attahiru Jega, to live up to his promise and disqualify candidates found engaging thugs to unleash terror, while their political parties are also sanctioned.

The Bariga, Lagos State, South West Nigeria-based organisation also commended the chairman, Somolu Local Government Area of the state, Mr. Omogbolahan Abidoun Bagostowe, for â€œdoing his best to improve the lives of the people in his council area.â€

It said the people of Somolu can testify to the good works of Bagostowe, while castigating most of other councils in the state, saying that they are controlled by â€œnon performingâ€ chairmen.

The group urged other council chairmen in the state to emulate the good works of the Somolu council counterpart and let their own people feel the dividends of democracy.