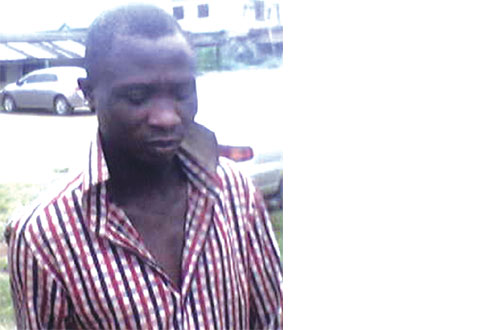 Idowu Dosumu, 25, has been ordered to be remanded in Kirikiri Maximum Prisons, Apapa, Lagos, Nigeria, barely 24 hours after he was released from the same prison for the same offence.

The order was given at Ejigbo Magistrateâ€™s Court presided over by Mrs. M. B. Folami where he was arraigned for stealing a motorcycle.

He had earlier been arraigned in the same court for the same offence.

Idowu was arrested by the police from Igando station for allegedly stealing a motorcycle at different occasions and was brought to court.

He was granted bail and the matter was adjourned for trial.

Barely 24 hours after he was granted bail, he went and stole another motorcycle at a wedding ceremony at Igando where he was again arrested by the police.

When the magistrate was informed that the defendant had a similar matter in the court, she ordered that he be remanded in prison custody pending when the trial will commence.