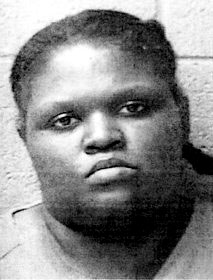 A South Carolina single mother who claimed her children drowned when their car careened into a river was charged with murder yesterday after authorities said she confessed to suffocating the two toddlers and then faking the accident.

Sheriff Larry Williams said 29-year-old Shaquan Duley told investigators she was distraught about money troubles and unemployment and that she killed her children by putting her hand over their mouths after a dispute with her own mother.

He says Duley then strapped the children into her car and drove it into a river Monday morning.

â€œThis was a young lady that was in trouble, in trouble in more ways than she realized,â€ Williams said.

â€œShe was in trouble and she didnâ€™t know where to turn.â€

Williams said the responsibilities of being a mother were simply too much for Duley, who didnâ€™t show signs of remorse during an overnight interview with authorities.

Two-year-old Devean C. Duley and 18-month-old Jaâ€™van T. Duley were dead in their child seats by the time divers got to the car Monday near a rural boat landing on the North Edisto River in Orangeburg, some 35 miles south of Columbia, the state capital.

The Highway Patrol was notified around 6:15 a.m. Monday that a woman needed help getting her children out of a car.

Duley, who did not have a cell phone, had walked some distance down the country road by the boat landing and flagged down a passing motorist to call the Highway Patrol.

Duley will be arraigned today.