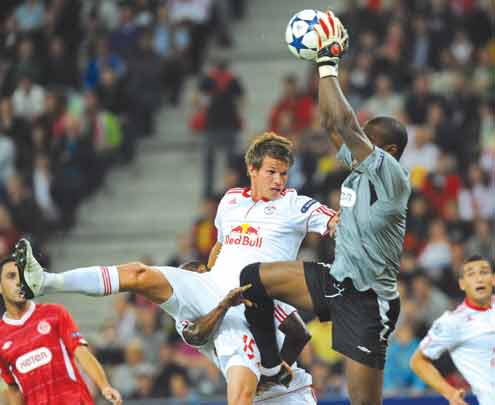 Chelseaâ€™s midfielder, John Mikel Obi and Joseph Yobo of Everton make their return to the Super Eagles, as Nigeria Football Federation, NFF, released the list of players called up for the Africa Nations Cup qualifier against Madagascar scheduled for Abuja on 4 September.

NFFâ€™s acting vice president, Obinna Ogba, announced a 26-man squad for the Eaglesâ€™ first competitive match since their poor outing at the last South Africa 2010 World Cup with Mikel and Yobo, who were left out of the team in the friendly match against South Korea on 11 August topping the list. But the FA sensationally left out Olympique Marseille defender, Taiye Taiwo and Evertonâ€™s Yakubu Aiyegbeni.

Some of the players included in the list are Danny Shittu, Dickson Etuhu, Sam Sodje and Osaze Odemwingie for the clash fixed for the Abuja National Stadium. Other Europe-based stars for the match are Obafemi Martins and Chidi Odiah.

There is also a return for Netherlands-based midfielder, Oluwafemi Ajilore and Michael Eneramo from Esperance of Tunisia.

Several players from the domestic league like Bayelsa United goalkeeper Akpan Bassey, Eneji Otekpa and Emmanuel Anyanwu from champions Enyimba, as well as Europe-bound Ahmed Musa, have also made the squad.