AC To President Jonathan: Spare A Thought For Suffering Nigerians 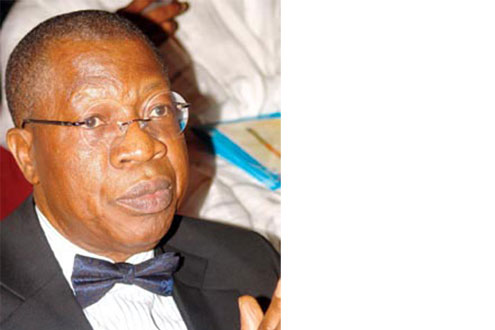 The Action Congress of Nigeria (ACN) has urged the President Goodluck Jonathan-led administration toÂ  immediately embark on programmes that will reduce the hardship being experienced by Nigerians, instead of engaging in frivolous spending that has little or no impact on the lives of the people.

In a statement issued in Lagos on MondayÂ  by its National Publicity Secretary, Alhaji Lai Mohammed, the party said the hope for better governance and improved standard of living that many had nursed with the assumption of office by President Jonathan in May is fast giving way to despair and hopelessness.

”In the midst of all this, the government is spending money like drunken sailors, shelling out 154 million dollars of taxpayers’ funds on three aircraft for a presidential fleet that already boasts of over half a dozen planes.

”Add this to the frittering away of hard-earned resources on the 50th anniversary of the country’s independence – highlighted by the reported baking of the biggest cake in the world to mark the occasion – and the shameless profligacy of the so-called representatives of the peope who have allocated to themselves the biggest chunk of the nation’s
resources – and it is clear that the people do not feature in the consideration of government officials,” it said.

ACN said 100 days into the administration of Jonathan, no appreciable progress has been made in any sector, whether in the area of the economy, infrastructure, health, education, security or employment.

”Instead, what we are daily confronted with is the news of how the Excess Crude Oil Account has been depleted to near zero in so short a time, with nothing to show for it; more darkness from Power Holding Company of Nigeria, even as tarrifs are being hiked; more able-bodied Nigerian youths roaming the streets and a culture of impunity that allows illegal police checkpoints on freeways to send innocent Nigerians to their early graves.

”In the meantime, for the ruling party that has vowed to rule for at least 60 years, nothing matters beyond a needless and diversionary debate on zoning and how to share the spoils of office. Things cannot and must not be allowed to continue like this,” the party warned.

It expressed surprise that President Jonathan can even attemptÂ  to defend the purchase of three presidential jets by hinging the decision on the safety of the President.

”Yes, no serious nation can afford to joke with the safety of its President. But that is not the issue here. Afterall, the flagship of the presidential fleet, a Boeing Business Jet (BBJ), was purchased for the President’s use by then President Obasanjo only a few years ago at huge costs. If there is the need to phase out other aircraft in the fleet as some officials have explained,Â  could that not have been done in phases?

”In any case, the problem with the fleet is lack of maintenance, not that of obsolete aircraft. Unless this mindset is changed, even the brand new planes to be purchased may need to be replaced in the next few years.

”Our honest advice is that this administration must spare a thought for the suffering masses of this nation by reducing unnecessary spending, in line with what obtains in even stronger economies of the world, at a time of global economic downturn. Britain has one of such economies, yet the country’s Prime Minister recently took a scheduled flight on a visit to the US. There is a lesson in this for our leaders!” ACN said.