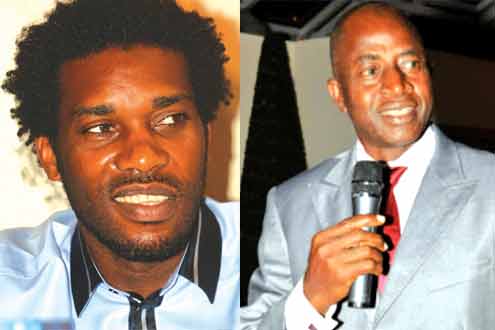 Tomorrow’s elections into the board of Nigeria Football Federation, NFF is currently shrouded in confusionÂ  with protests and Court injunctions, giving strong indications that the exercise may suffer another postponement.

The candidates vying for various positions on the NFF board have divergent opinions about credibility of the polls, expected to hold in less than 24 hours in Abuja, while the visiting officials from CAF and FIFA insist the elections must go on as scheduled.

A Lagos High Court yesterday issued an order stopping tomorrowâ€™s elections into the executive committee of the NFF.Â  It was the latest twist to the ongoing drama in Nigerian football, as opposing parties battle to get a grip.

The legal move is likely to cause more chaos, as FIFA representative, Primo Corvaro stated after last Saturdayâ€™s congress that the world football body will not welcome another shift in dates for the elections.

In a grand plan to ensure that the elections are postponed, former Nigeria captains Segun Odegbami and Austin Okocha led a protest march by ex-internationals yesterday in Abuja.

â€œThis is the time to get things right in our football,â€ said Odegbami, a candidate in the polls. â€œThe threat about FIFA sanction is all empty because FIFA cannot penalise us for doing the right thing, which in the interest of the country.â€

â€œFIFA agrees that Nigerians must do the right thing to move football forward by ensuring that elections were held first by the state FAs. An illegal state FA should not be allowed to elect the NFF executive committeeâ€, the former players enthused.

Austin Okocha, who is also contesting for a position on the board, warned that any elections held this week without addressing the issues raised by the ex players would be illegal.

â€œIf the elections go on, it would result in the re-election of the outgoing board or even worse because the entire process is already faulty and people are saying â€˜let us just do it,â€™ in whose interest?â€

The protesting former players rounded off their protest at the National Sports Commission, NSC, where they handed in a letter to the Director General Patrick Ekeji.

Meanwhile, a candidate in the elections and former 2nd vice President of NFF, the immediate past Chairman of Nigeria Football League, NFL, Oyuiki Obaseki says the Presidency of NFF is not zoned to the North as widely rumoured.

He said: â€œIt is unfortunate that such report can be celebrated in the media.Â  Nobody has zoned the position of NFF President to the North. The report is not only malicious, it is an attempt to rubbish the integrity of members of the Electoral Committee”, he said.