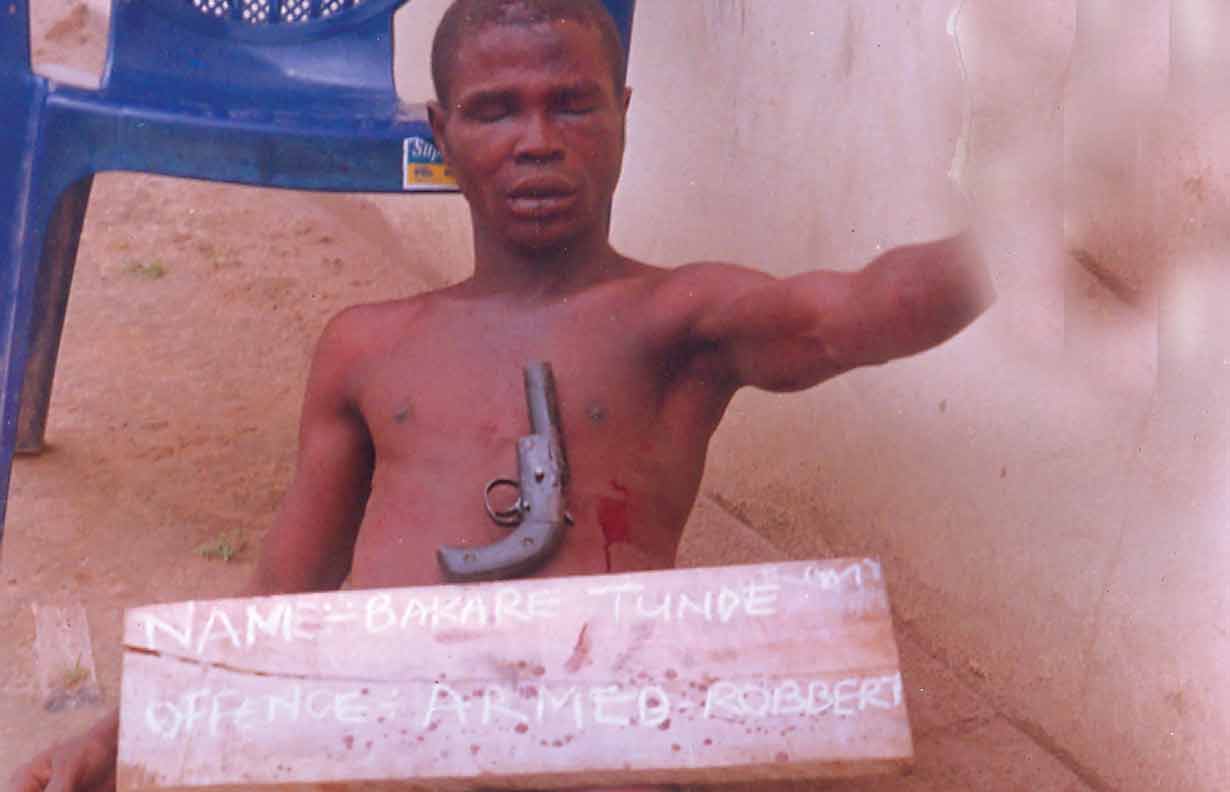 The suspect and four others now at large, were said to have gone to a shop at Rafco Opeilu Street, Agbado area of Ogun State and approached the shop owner Mr. Chinedu Owewe, that they wanted to buy raw rice worth N60,000. But on entering the shop, they brought out a gun, asking the owner to cooperate or will be killed.

P.M.NEWS gathered that Chineduâ€™s younger brother, Silas, ran out of the shop and raised an alarm which attracted neighbours and passersby.

Bakare was promptly arrested while other members of the gang fled the scene.

The police were contacted, arrested the suspect and took him to their station.

Items recovered from the suspect include one locally made single barrel pistol, one live cartridge, one Nokia handset and a wrist watch.

The Divisional Police Officer in charge of the station Mr. ThankGod Obijaku, was said to have gone on routine patrol when P.M.NEWS visited the station.