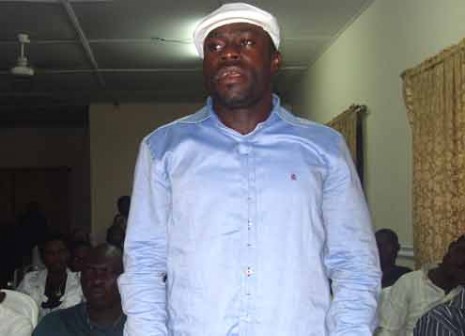 The Body of Soboma George Senior Commander in the Movement for the Emancipation of the Niger Delta,MEND, the ex-militant leader of a notorious group called The Outlaws ,who was gunned down on Monday night in Nembe axis of Port Harcourt, by gunmen has been found by security agency in yet to be disclosed location by the Police.

Mr. Suleiman Abba, the Rivers State Commissioner of Police, who addressed a cross section of press in Port Harcourt, said he has seen the body and it has also been identified by members of his family. He said preliminary investigation has linked his death to some of the aggrieved former lieutenants who had constantly threatened to kill Soboma for undisclosed disagreements.

The Rivers Police boss said necessary procedures have been concluded to conduct autopsy on the body before it would be released to members his immediate family.

The Police boss further disclosed that some three of the lieutenants of Soboma who he described some of aggrieved lieutenants as â€œdeadly armed robbers and kidnappers.â€

Since death of Soboma, security has been put on red alert with the deployment of troops to marine base, Nembe waterfront, Borokiri, Bundu and Buguma as precautionary measure to avoid reprisal attacks.