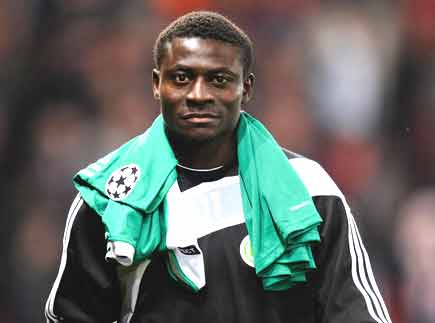 The ex international saidÂ  he is prepared to take the job but still awaiting the decision of the new board of the Nigeria Football Federation, NFF to confirm his appointment before settling down for the job.

The former Nantes of France forward said his primary objective is to rebuild the Eagles by imbibing in them a new mentality unlike in the past when the playersÂ  failed to take national assignments serious.

He insisted that if he gets the nod of the NFF to tinker the Eagles, Nigerians will have cause to smile. Siasia, who guided Nigeriaâ€™s Flying Eagles to win silver medal at the WYC in The Netherlands and a sliver medalÂ  at the Beijing 2008 Olympic Games, said he is preparing himself for the task ahead.

According to him, â€œif I eventually get the job, Nigerians would be seeing a newÂ  Eagles. I want Nigerians to be rest assured that if I become the coach they wonâ€™t be disappointed.â€

Siasia said he could combine the job of the national team with his rescue mission at Heartland FC of Owerri who are struggling in the ongoing CAF Champions League campaign, saying that there is no cause for alarm as he has a capable assistant in person ofÂ  former teammate in the Eagles, America returnee, Emeka Ezeogu.

Siasia noted that with Ezeoguâ€™s experience as a coach in the USA he would have no problemÂ  whenever he is on national duty with the Super Eagles.

â€œEzeogu is a tested coach. He once coached in the USA and we have been working together at Heartland. I also know his technical ability, so he can always hold forth for me whenever Iâ€™m on national duty,â€ he said.