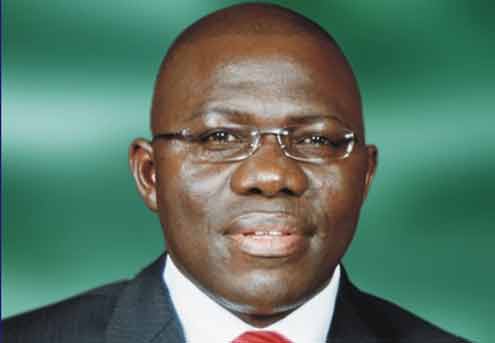 Remi Babalola, the Minister of State for Finance, who was deployed to the Ministry of Special Duties in a minor cabinet reshuffle by President Goodluck Jonathan on 11 August, has resigned his ministerial appointment, P.M.NEWS gathered this morning.

Babalola had immediately after handing over to HajiaYabawa Lawani Wali, his successor in the Ministry of Finance, asked for permission to embark on his accumulated leave.

P.M.NEWS gathered that Babalola immediately travelled out to the United Kingdom and returned to the country over the weekend.

It was gathered that he took the decision to pull out of President Goodluck Jonathanâ€™s cabinet while he was in the UK.

P.M.NEWS was unable to confirm if the Preisdency has received the resignation letter of Babalola as at the time of writing this story.

Calls and text messages to Ima Niboro, spokesperson to President Jonathan seeking confirmation of the informatiom were unanswered.

However, sources close to the former Executive Director of First Bank confirmed that he has indeed decided to leave the cabinet.

Babalola who was appointed as minister of state for finance ran into trouble following his statement that the Nigeria National Petroleum Corporation, NNPC, is insolvent at the meeting of the Federation Account Allocation Committee, FAAC held in Abuja on 13, July.

Ironically, Babalola had relied on a letter from the Group Managing Director, NNPC, Austen Oniwon in making the claim.

Babalola had told the FAAC meeting which includes state commissioners of finance that he received a letter from the NNPC GMD on why the corporation has not been able to remit the N450 billion it should have remitted to the federation acoount since last year.

The statement made by Babalola that led him into trouble is as follows: â€œAt the close of business yesyterday, my office received a letter signed by the Group Managing Director of NNPC wherein the following positions were posited among others by the Corporation: NNPC is facing financial difficulties evidenced by amongst others, the inability to pay for domestic crude as at when due and delays in settling bills for fuel imports.The financial difficulties stem from disequilibrium between costs and cash flow.â€

He added that NNPCâ€™s current liabilities exceed current assets by N754 billion as at December 31, 2008.

This revelations by Babalola was said to have embarrased the NNPC and the Federal Government as it elicited immediate enqiuries about the state of finance of the regulator of the Nigerian oil industry across the globe.

â€œWe cannot be classified as insolvent when we have a healthy cash flow and we can pay for our crude and product import obligations,â€ Levi Ajuonuma, spokesperson of NNPC said in denial of Babalolaâ€™s assertions though the minister had relied on a letter from the corporation in making the claims.

But the sign that Babalola may have talked himself into trouble became more glaring the next day when the Federal Government disowned the ministersâ€™ statement after a meeting of the Federal Executive Council.

While briefing reporters after the the FEC meeting,Â  Communications Minister, Dora Akuyili, said: â€œNNPC does not have solvency issuesâ€.

Olusegun Aganga, the Minister of Finance corroborated Akunyiliâ€™s statement, insisting thatÂ  â€œNNPC is a going concern, it is involved in all joint ventures we have in the country, it is involved with all IOCs, we still have all the wells and other parastatals related to the NNPC.â€

The strong denial of Babalola statement concerning NNPC had sparked off speculations that Babalolaâ€™s days as a minister in the cabinet may be over as he may be sacked for putting the government in an embarrassing situation.

But rather than sack him, President Jonathan deployed the minister to Special Duties Ministry on 11 August.

Though as substantive minister in his new post, the Special Duty minister is generally considered to be a glorified messenger at the beck and call of the President for any available job.

Certainly, for Babalola who as Minister of State for Finance had the responsibility of supervising niche government parastatals like the Securities and Exchange Commission (SEC) Investments and Securities Tribunal (IST), National Insurance Commission (NAICOM), Nigerian Deposit Insurance Corporation (NDIC) and Nigerian Import Export Bank (NEXIM) in addition to chairing the monthly meeting of FAAC, the redeployment was considered a demotion.

We gathered that this was one of the major reasons for his decision to quit the cabinet.

It was also gathered that the banker turned minister may have been disappointed that he was punished for reiterating an information that is already in the public domain about NNPC.