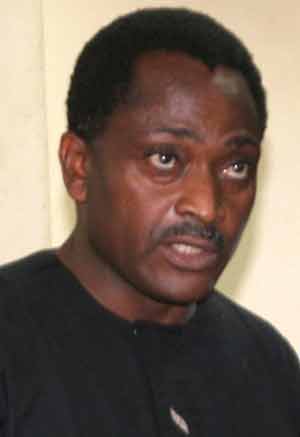 Governor Babatunde Raji Fashola and the Lagos Chapter of Sports Writers Association of Nigeria, SWAN, have expressed shock and sadness at the sudden death of sports journalist, Emeka Enechi.

Enechi died on Sunday in a hospital in Asaba, Delta State following injuries sustained in a car crash penultimate week. In a letter of condolence to the widow, Mrs. Uju Enechi, Governor Fashola, said that the death of Enechi at this time becomes more painful in more ways than one, coming shortly after the passage of his aged father.

Fashola, however, noted that even amidst the grief caused by the death of Enechi, the thought of the accomplishments and impact he made in so short a period as a thoroughbred professional and family man should be a source of consolation.

He prayed to God Almighty to grant the departedâ€™s soul sweet repose and give the widow and the entire sports family, the fortitude to bear the sad loss.

Chairman of the Lagos Chapter of SWAN, Niyi Oyeleke said: â€œWe are sad and shocked by the sudden loss of a colleague, friend and brother, someone you will always want around you. We are going to miss him greatly, with his death coming just a few weeks after the death of another member of this association, Adeolu Olanihun of MITV.