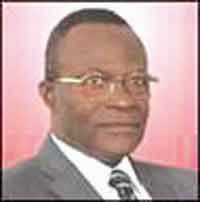 Ambassador Moses Ihonde, former Consul-General of the Nigerian Consulate in Atlanta, Georgia, U.S.A., has lost both cash and other items amounting toÂ  N19 million to two of his domestic servants.

The domestic servants identified as Joseph Edward Ogang, 34, and Rosemary Robert, 24, and two of their accomplices, who were said to be at large, were alleged to have carted away the cash in local and foreign currency notes from Ihondeâ€™s residence at 2A, Iru Close.

The accused were arraigned on Friday before an Ebute Metta Magistrateâ€™s court on three-count charge of conspiracy, burglary and stealing, which, according to the police, are punishable under section 516, 412, and 390 (9) of the Criminal Code.

The accused housemaids pleaded not guilty toÂ  all the three-count charge and they were granted bail in the sum of N1million each with two sureties in like sum by Miss M. F. Kayode, Chief Magistrate 1, of the court.

The magistrate also said the sureties must be gainfully employed in a well known public organisation and be of grade level 12 and above or its equivalent; must be residing within the magisterial district, and show evidence of paying tax to Lagos State government and present payment of utility bills.

The accused were later taken to Ikoyi Prison as they could not perfect their bail conditions while the case was adjourned till 22 September, 2010 for trial.