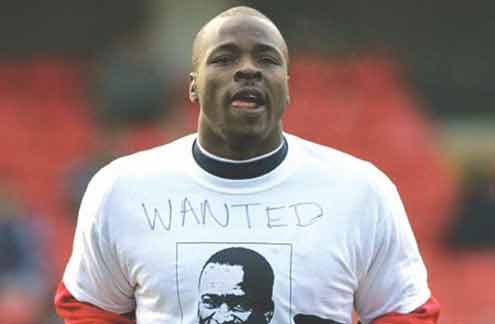 Super Eagles defender Danny Oluwasola Shittu has thrown his weight behind the appointment of Samson Siasia as the Super Eagles coach.

Shittu also declared his support for the inclusion of home-based players in the national team, saying they deserve their places.

He was speaking on Monday at the Ojez Restaurant, National Stadium, Lagos ahead of his talent hunt programme, ‘Dan Shittu Soocer Stop’, which will hold in five centres across the country, starting on 4 September at the University of Enugu Campus.

The Bolton Wanderer of Englandâ€™s defender said he believes in the ability of the Bayelsa State-born soccer tactician to take charge as new coach of the Eagles, adding that like every other Nigerian, he expects a turnaround in the fortunes of Nigerian football.

Shittu, who began his professional career at Charlton Athletic in England also wants home-based players in the Eagles. He noted that every Nigerian player, wherever he plays, should be given a chance to contribute his quota to the team. He, however, cautioned that the decision to have local players in the Eagles should be the discretion of the coach.

Speaking about his pet project, Shittu said the project is designed to help Nigerian players between the ages of 16 to 24 to achieve their dreams of playing professional football.

He revealed that apart from the top three players winning the sum of N100,00 each, the star player in the trials will get at least a year contract with Charleroi Football Club of Belgium.

He added that apart from a professional career, some of the players will also have the opportunity to win a four-year scholarship in a university or college in the United States of America.

The trials will hold in Enugu, Kaduna, Kano, Abuja and Lagos with each centre producing between 10 to 15 players for the grand finale that will hold in December in Kaduna.