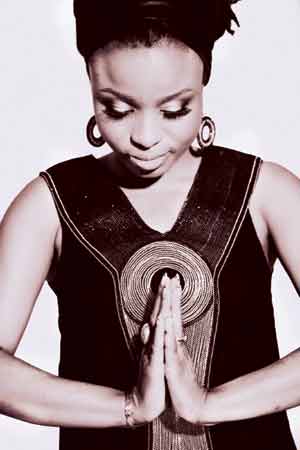 Ace vocalist in Lagbajaâ€™s band, Ego Ogbaro, has amassed a lot of fans. After she left the bandÂ  to pursue a solo career, her fans have kept faith with her, waiting for when this talentedÂ  singer will release her solo material.Â They need not wait any longer as the diva has respondedÂ  to their yearning.

Fall in Love, the first single off Egoâ€™s debut album which will be released before the end ofÂ  the year has been dropped.

The much anticipated work is a fusion of soul, jazz, Afrobeat and R&B, produced by talentedÂ  Cobhams Asuquo and co-produced by equally talented Nathaniel Bassey.

Video of Fall In Love was shot in Brooklyn, New York and directed by the very creative KemiÂ  Adetiba of Kâ€™Alpha Innovations. It features a surprise cameo from multi-talented singer andÂ  producer, eLDee.