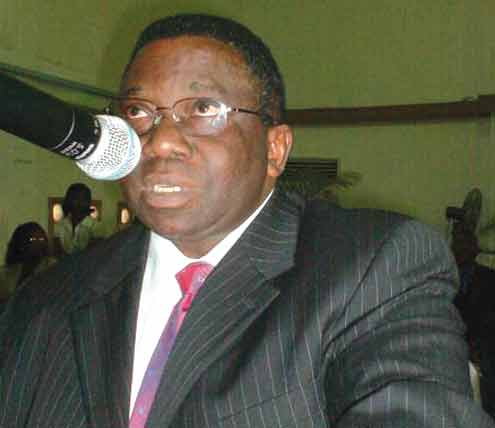 After a keenly contested election, the former Provost of the College of Medicine of theÂ  University of Ibadan, Profession Isaac Adewole, yesterday emerged as the new Vice Chancellor ofÂ  the premier university.

The Pro-Chancellor and the Chairman of Council, Chief Wole Olanipekun (SAN), who disclosed thisÂ  to newsmen at the councilâ€™s chamber of the university this morning, described the appointmentÂ  process as the most transparent one in the history of the university.

His words: â€œWe are happy to inform you that governing council of the institution has approvedÂ  after sober reflection the appointment of Professor Isaac Adewole.â€

He added that Adewole beat his competitors hands down in an interview conducted for the sixÂ  contestants that made it to the final stage.

He said that the new VC would commence his tenure on December 1st 2010.

Olanipekun who explained the process of the appointment stated that President Goodluck JonathanÂ Â  would be informed about the development as soon as possible.

According to him, this is the first time that the university would appoint a vice chancellor onÂ  its own, saying that in the past, the job of the selection board would stop at picking threeÂ  names that would be sent to the president afterward the president would pick one.

He said that the council acted in line with the new law of appointing new vice chancellor inÂ  accordance with the autonomy granted to Nigerian universities.

According to investigation, the gynaecologist emerged about 10pm yesterday after an interviewÂ  organized for the six contestants that made it to the final stage.

A professor at the College of Medicine at the University of Ibadan, Nigeria since 1997, IsaacÂ  Adewole is currently a consultant obstetrician and gynaecologist at the University CollegeÂ  Hospital (UCH) in Ibadan.

Adewole obtained MB BS degree from the University of Ibadan in 1978 after which he underwentÂ  his further medical training in Nigeria. He became a Senior Registrar in the Department ofÂ  Obstetrics and Gynaecology at UCH in 1984.

He then travelled to the UK for a Research Fellowship in the Department of Medical Oncology atÂ  Charing Cross Hospital in London.

He became a Senior Lecturer at the College Of Medicine in the University of Ibadan fromÂ  1992-1997 and Acting Head of the Department of Obstetrics/Gynaecology at this university fromÂ  1999-2000. For the next two years, he was Dean of the Faculty of Clinical Sciences & Dentistry,Â  before becoming a Provost at the College of Medicine at UCH from 2002-2006.

Professor Adewole is Director of the Prevention of Mother to Child Transmission (PMTCT) of HIVÂ  Project at UCH, Chairman of the PMTCT National Task Team Subcommittee on anti-retrovirals forÂ  the PMTCT of HIV and the countryâ€™s Principal Investigator for â€˜Operation Stop Cervical Cancerâ€™Â  in Nigeria.