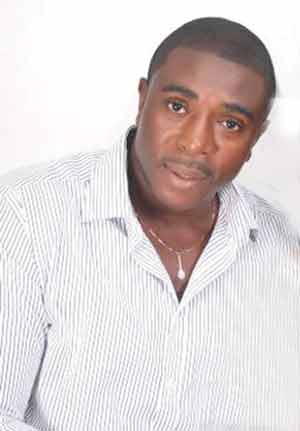 It was an unprecedentedÂ  crowd of youths that invaded the Old Parade Ground, Abuja, theÂ  screening venue of this yearâ€™s edition of Gulder Ultimate Search Series Seven.

The crowd, numbering over 10,000 was made up of young athletic male and female Nigerians whoÂ  were very optimistic of their chance of scaling through the screening exercise.

â€œIn all honesty, we were not expecting this huge crowd here. They are numbered over 10,000,Â  just in Abuja alone. In Benin, Edo state, where screening exercise also started today, myÂ  colleague on ground there has confirmed over 5,000 turn out. Unfortunately, some people areÂ  here who have not done the online registration which closed on 30 August. Those ones areÂ  automatically disqualified,â€Â  Lawal said at the Abuja venue of the exercise on Wednesday.
Explaining further, Lawal said that Nigerian Breweries Plc, owners of the Gulder brand has, inÂ  its usual practice, put everything in place to ensure a hitch free screening exercise at theÂ  four regions where the Gulder Ultimate Search 7 would be taking place.

Other venues for the screening exercise are Owerri between 5 and 7 September, while Lagos willÂ  take its turn between 5 and 10 September. Registration for Owerri and Lagos ends on 4 SeptemberÂ  4, 2010.

â€œThe necessary logistics have been put in place. We have the best medical facility on ground.Â  You can see Critical Rescue International medical operatives and their vehicles everywhereÂ  working with our own medical team. We have formidable security machinery on ground, includingÂ  guards to guide and protect those that will be participating in the swimming trial,â€ explainedÂ  Lawal.

The final screening exercise, billed for Lagos, has been designed to produce final 10 able menÂ  and women of valour who would be taken to the jungle to compete against one another for 21Â  days.

The final 10 will be taken to the â€œundulating plains of the Forestry Plantation Project AreaÂ  J4, Omo Forest Reserve in Ijebu East Local Government Area of Ogun State. These men and ladiesÂ  will battle against nature and the wild in order for the last man standing to emerge theÂ  Ultimate Gulder Hero of 2010.â€

Speaking recently at the media launch of the Gulder Ultimate Search 7, Corporate AffairsÂ  Adviser of Nigerian Breweries Plc, Mr. Yusuf Ageni, disclosed that the last man standing inÂ  this year edition will go home with a total prize package worth N17 million. A breakdown ofÂ  this shows that overall winner will take home a cash prize of N7 million, an SUV worth N10Â  million and N500,000 wardrobe allowance.