Iâ€™m Ready To Die For Jonathan 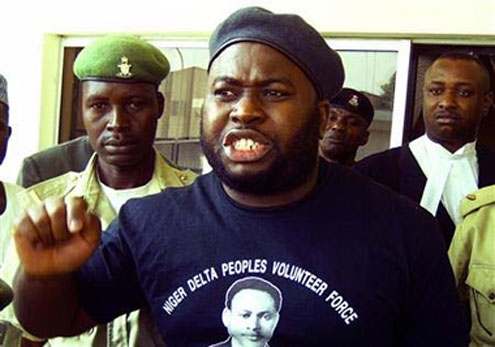 The leader of Niger Delta Peoples Volunteer Force and stalwart of Action Congress ofÂ  Nigeria, Asari Dokubo, says he is ready to die for President Goodluck Jonathan to ensureÂ  that he is elected as president next year.

He said he would rather die for Jonathan than support other aspirants who have been symbolsÂ  of oppression to the people of the oil bearing region of Nigeria.

Dokubo who featured recently in a current affairs programme on LOVE FM 97.7 Port Harcourt,Â  South-South Nigeria, called Editorâ€™s Roundtable, said it will be inconceivable for anybodyÂ  from the Niger Delta to be lending support to those he called symbols of oppression of theÂ  people of the region.

He argued that as far he was concerned, those calling on Jonathan not to contest are notÂ  only political enemies of the region, but people who still harbour the primordial sentimentÂ  that the people of the region are second class citizens.

He said that after taking â€œa good look at those coming to rule us again, I have no doubt inÂ  my mind that Jonathan is the most qualified, not because he is an Ijaw, but because heÂ  satisfies the constitutional requirement and he perhaps possesses the last chance of theÂ  people of the South-South region.â€

Dokubo also argued that from the pre-colonial era to date, the people of the South-SouthÂ  have been supporting the other regions to govern the country.