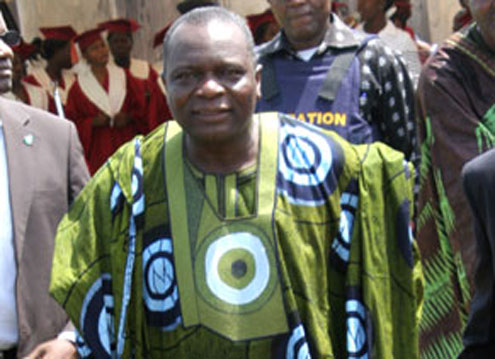 Oyinlola disclosed this yesterday at the University of Ibadan while delivering a lectureÂ  titled “The Imperative Of Peace And Development”, at the10th anniversary lecture of theÂ  Centre for Peace and Conflict Studies, (CEPACS).

The governor said that to date, Nigeria has participated in about 33 peace keepingÂ  operations around the world, adding that over 250,000 Nigerian army officers and soldiersÂ  have also taken part in peace support operations so far.

According to him, Nigeria is the fourth largest contributor of troops to the United NationsÂ  (UN) peace keeping missions in the world and the country has spent $10 billion on theÂ  pursuit of global peace in the last 50 years.

He, however, lamented that it would have profited humanity a great deal if such fund wasÂ  channeled to human and societal development.

While answering questions from journalists about the crises in Africa, he urged AfricanÂ  leaders to refuse to become the political chessboard of the world powers.

He said he has lost hope as regards any solution to the on-going crisis in Somalia,Â  stressing, “I donâ€™t know whether there will be solution in Somalia. Let us forget Somalia.”