Nneka Tells CNN Of World Of Love And Injustice In Nigeria 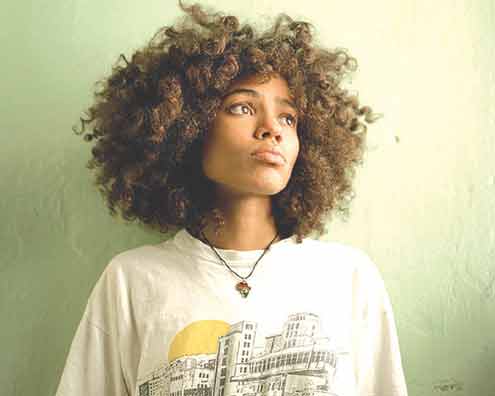 It is a long journey from the Niger Delta to the concert halls of the United States, but it isÂ  one that Nneka is taking in her stride.

Nneka is a Nigerian singer and songwriter, who is making her name on the world stage andÂ  earlier this year, released her debut album and tour in the US.

At 28, Nneka is relatively a newcomer to music. She has only been singing for around fiveÂ  years, but wasted no time in winning over both fans and critics.

Last year, she won the prestigious MOBO (Music of Black Origin) Award in the UK for BestÂ  African Act.

Her work combines soul, hip hop, reggae and African music, but the lyrics have an unashamedlyÂ  Nigerian tone, covering among her themes, injustice in the oil-rich Niger Delta.

If you speak about corruption or hypocrisy of religious leaders, people donâ€™t want to hearÂ  that.

Nneka grew up in Warri in the Niger Delta region with a Nigerian father and German mother. SheÂ  went to university in the German city of Hamburg and it was there that her singing career tookÂ  off.

She told CNN: â€œWhen I went to Germany and being in a place where you have no connection, youÂ  are confronted in a totally different culture, tradition, mentality.â€

â€œYouâ€™re here on your own, you need to function and thatâ€™s where music came in,â€ she continued.

It didnâ€™t take long for her voice to make an impression in Germany and she began touring EuropeÂ  and releasing albums while still in university.

In an interview with the Sunday Times last year, Nneka said: â€œIn Nigeria, if you say youâ€™re aÂ  singer, people say, â€˜So what? Everyone sings.â€™ In Germany, my voice stood out more.â€

This year, Nneka is touring the United States for the first time, playing at venues such as theÂ  Los Angeles Troubadour, a West Hollywood club played by Elton John and James Taylor early inÂ  their careers.

She has been chosen by American rapper Nas and Jamaican reggae star, Damian Marley, to joinÂ  them on their Distant Relatives tour.

â€œItâ€™s not just a tour about entertainment or music alone, but about connecting people aroundÂ  the world and making us understand that weâ€™re all part of that one entity, which is love,â€Â  Nneka told CNN. â€œAnd Iâ€™m happy that Iâ€™m the person they chose to represent Africa, which is aÂ  big opportunity.â€

While Nneka is captivating audiences around the world, it is playing in her native NigeriaÂ  which is most rewardingâ€”but also riskyâ€”for her because of the political content of her lyrics.

According to her, â€œI must say I feel responsible for my people. People who might not have theÂ  courage to stand up or the opportunity to stand up and speak about things that are veryÂ  delicate and that people do not want to hear.â€

â€œPeople can identify,â€ she explained, â€œbut at the same time, there are a lot of people,Â  especially the government, who have problems with my speaking my mind or the minds of many.

Nneka gives some hint on the background to her passionate lyrics when she describes herÂ  upbringing in Warri.

â€œYou can imagine what kind of condition that may be, growing up around pipelines, around peopleÂ  who are very agitated and fighting for their rights, human and civil rights,â€ she told CNN.

â€œBut you know, despite that chaos and the agitation, people still are able to feel comfort andÂ  peace within the madness,â€ she continued. â€œThat is actually what has triggered me into goingÂ  into music and doing music the way I do it.â€