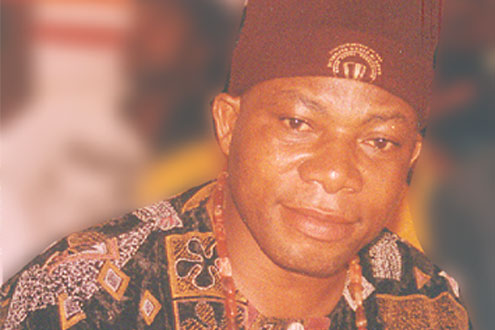 The President, Chief Jonathan Okoli was alleged to have defrauded the Lagos StateÂ  Government, Mushin Local Government and the Traders in the marketÂ  Enne and was arrested inÂ  his office at Ladipo market.

His arrest, P.M.NEWS gathered, followed a petition to EFCC by a Lagos lawyer and humanÂ  rights activist, Femi Falana, to investigate the allegation and bring the president to book.

The fracas resulted in the arrest of the leaders of the opposition, Okey Imo and ObiÂ  Umuzianwa. They were flown to Abuja but later released on bail.

The cause of the latest crises was that some traders revolted against the leadership ofÂ  Chief Okoli, accusing him of defrauding the traders in his dealing with Mushin LocalÂ  Government and Lagos State Government.

The aggrieved traders accused Okoli of turning the association into his private business.

According to them, the association generates N5 million monthly as container levy paid onÂ  containers entering the market alone, apart from other levies accruing to the union butÂ  which are not accounted for.

Trouble started when the leadership asked owners of each shop in the market to pay N11,500.Â  The market has about 2,000 shops. The union president claimed that the levy was for tradeÂ  permit and auto dealers license approved by the Lagos State government. Also, he was accusedÂ  of not accounting for the monies realized, adding that it was the money he was using to runÂ  the association.

The aggrieved traders were shocked and they instructed their counsel, Femi Falana, to writeÂ  to the EFCC to investigate the matter and bring him to the book.

At the time of filing this report, it was not clear whether he has been granted bail. But aÂ  source at the EFCC told P.M.NEWS that the allegation was weighty and the commission hasÂ  commenced investigation.