Nigeria vs Madagascar: 10 Eagles' Fans Injured, One In Coma 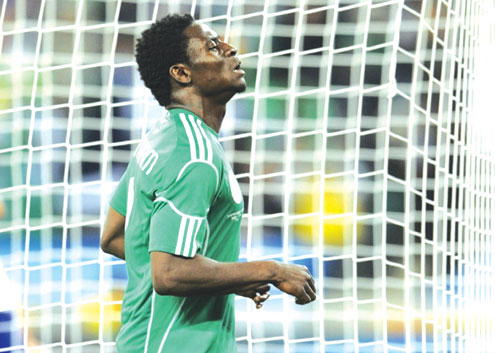 More than 35,000 fans watched the Eagles beat their visitors 2-0 in the 25,000-capacityÂ  stadium. Trouble started after the match when the fans tried to leave the overcrowdedÂ  stadium. There was a stampede during which people fell over each other in a bid to get outÂ  of the stadium. The injured fans were later rushed to the hospital.

An unlucky lady who fell in the VIP stand was trampled and fainted. Her people quicklyÂ  rushed her to the hospital.

Security was tight with well over 1,500 policemen and about 900 civil defence corps onÂ  ground to ensure that the match was hitch-free.

Players and officials of the Super Eagles were guarded by the special security personnel ledÂ  by Assistant Commissioner of Police, ACP, Gideon Akinsola.

Meanwhile, Governor Liyel Imoke of Cross River thanked the fans for coming out in theirÂ  numbers to support the Eagles. Imoke gave the Eagles the sum of N10m and congratulated themÂ  for beginning their Nations Cup qualifiers on a winning note.

Nigeria hardly raised a sweat as they triumphed 2-0 against Madagascar in Calabar throughÂ  clinical first-half finishes from strikers Obafemi Martins in the 18th minute and MichaelÂ  Eneramo in the 45th minute.