Terry G May Be Flown Abroad 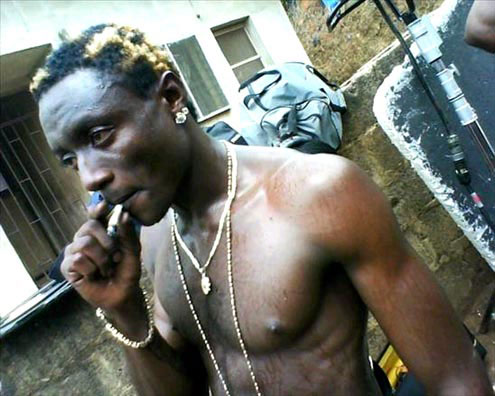 As a result of the severe injuries he sustained from a ghastly auto accident on FridayÂ  night, popular music producer and singer, Gabriel Oche-Amanyi, a.k.a. Terry G, is likely toÂ  be flown abroad for proper medical attention, reports Bayo Adetu.

Although Terry G, who was in a very bad state shortly after the accident is currentlyÂ  responding to treatment, there are indications that he will still be flown abroad soon.

The Free Madness crooner was admitted in a private hospital after the crash.

Confirming the incident to P.M.NEWS on phone, the singerâ€™s publicist, Alex Ozone said â€œTerryÂ  is trying to get himself now. It was a serious accident but we thank God for taking controlÂ  of the situation. Terry G will be fine.â€

According to him, Terry G was driving in his Toyota Camry car with other members of hisÂ  House of Ginger crew when the accident happened around Allen Avenue in Ikeja.

He was on his way from an event in Ikeja.

A source close to Terry G further disclosed that is getting better at the moment but weÂ  donâ€™t want to risk his life. He may have internal bleedings. So the right decision is toÂ  take him abroad for proper check-up.â€

Meanwhile, fans and colleagues of the singer have been praying for his recovery.