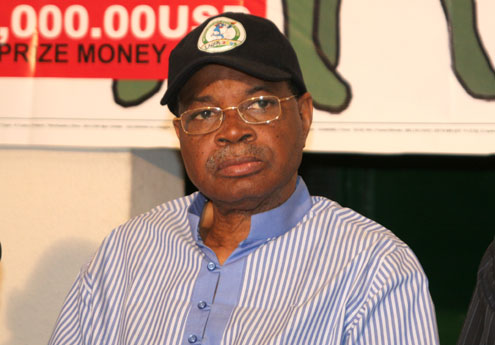 Akinyelure back in NNPC board

A call has gone to Nigerian players wishing to play in the 10th Governorâ€™s Cup Lagos TennisÂ  Championship to prepare very well for the ITF approved tournament, which holds from 15 – 30Â  October at the Lagos Lawn Tennis Club, Onikan, Lagos State.

The Tournament Director of the competition, Prince â€˜Wale Oladunjoye, told Tennis SpecialÂ  that over the years the performance of the local players was nothing to write home about.Â  He, therefore, charged them to buckle up to see that they make an outstanding showing inÂ Â  the only surviving international tennis championship in Nigeria.

â€œThe Governorâ€™s Cup is not organised just because they want Nigerian players to win it. HowÂ  many times has an American won the US Open? The same thing goes for the Wimbledon Open inÂ  England as well as the French Open,â€ said the Senior Special Assistant to Governor BabatundeÂ  Raji Fashola on Grassroots Sports Development.

â€œThe only advice I can give the local players is that they should prepare very well so thatÂ  they will be serious contenders for the prize money at stake in the tourney. I will alsoÂ  tell parents that they need to look for sponsors for these players so that they too can playÂ  circuits around the world as the foreign players always come to Nigeria for the Governorâ€™sÂ  Cup.

â€œThese foreign players come to the Governorâ€™s Cup not only to play and garner points but toÂ  improve on their world rankings. They are here to gain experience and exposure. We want ourÂ  local players to do the same by going out to mix with their foreign counterparts and learn aÂ  lot about the game. Lara Rafful of Brazil was in Nigeria for the Governorâ€™s Cup with herÂ  mom, Marina Pedranzini. Though Lara crashed out early in the tourney, the woman was proud ofÂ  her daughter,â€ he added

Continuing, he said: â€œI could remember that Indian Sania Mirza was here in 2004 for theÂ  Governorâ€™s Cup as a player on number 311 in the world, she is now under 30 in the ranking.Â  She achieved this feat because she did not stay in India but sought experience all over theÂ  world at different tournaments like the Governorâ€™s Cup.

â€œApart from the aim of developing the game locally, we put the Governorâ€™s Cup together toÂ  expose these top players around the world to the tourism potential ofÂ  Lagos State, theÂ  Centre of Excellence. That is why we have made great plans for the 10th edition.

â€œWe are planning to take these players to some tourist centres across the state. We alsoÂ  plan a rousing welcome for the players right from the airport to their hotel. It is going toÂ  be a unique moment in Lagos because we will celebrate the decade edition of the tourneyÂ  courtesy of our sponsors, Etisalat, FCMB and other co- partners,â€ he said.