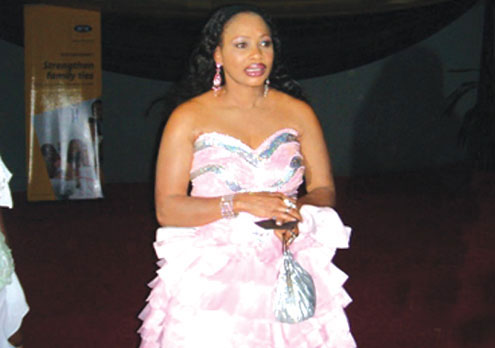 The actress decried the influxÂ  of Ghanaian actors and actresses into the Nigerian filmÂ  industry.

According to her, the industry is faced withÂ  myriads of problems including poorly producedÂ  films, poorly paid practitioners, low budget, lack of product publicity and limitedÂ  distribution channels.

â€œThe Ghanaian movie industry union influenced market strategy has taken over NigerianÂ  actorsâ€™ job in Nigeria by Ghanaian actors due to lack of a legislation,â€ she said,Â  describing Actors and Directors Guild of Nigeria as not true representatives of all movieÂ  makers in Nigeria and that no single body could represent the workers and owners withoutÂ  creating constant conflict of interest.

â€œI have come forward with this call to unionise the Nigerian film industry which consists ofÂ  players from Northern, Eastern and Western Nigeria, the Niger Delta and the Middle Belt.

â€œBased on my conviction and research,Â  unionisation is the best way to adequately serve andÂ  protect the interest of all parties sustainable for posterity,â€ she added.

The actress also advocated for a movie workersâ€™ union backed by legislation that will ensureÂ  that no non-union member works on any Nigerian film set. The union, according to her, willÂ  also ensure that only professionals work in the industry.