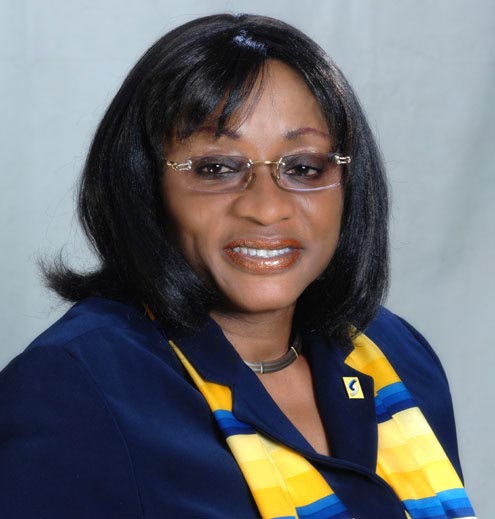 P.M.NEWS authoritatively gathered that the MD was declared wanted following her failure toÂ  report at the SFU after an arraignment notice had been served on her twice.

The arraignment notice to take her and others to court over the alleged N5.2 billion fraudÂ  in the bank was first served on 12 August, 2010, while the second one was served on her andÂ  others on 31 August, 2010.

A source at the SFU told P.M.NEWS that their investigation revealed that on getting wind ofÂ  her arraignment before a law court over the alleged fraud, Mrs. Olushola fled to the UnitedÂ  States of America.

â€œOur visits to her office and residence revealed that the woman has travelled out. We learntÂ  she travelled on the night of the day we served her the notice of arraignment,â€ the sourceÂ  disclosed.

The notice of arraignment served Mrs. Olushola read in part: â€œThis is to notify you thatÂ  criminal charges have been filed against you, Mrs. Ayodele Olushola by the Federal MinistryÂ  of Justice, and this unit is to arraign you in court to answer to the charges against youâ€¦â€

The Spring Bank MD, who was named as an accessory to the N5.2 billion fraud in the bankÂ  which involved the National Sports Lottery Plc and Strand Capital Partners Ltd, was chargedÂ  to court along with Michael Ajamah, Lanre Odunlami, Awele Nwaboshi, Gladys Okebelama andÂ  Olubukola Moradeyo.

It was further learnt the five-count charge slammed on the accused in case No. FHC/L/284/10Â  charged to the Federal High Court, Ikoyi, Lagos is being prosecuted by Chief Wole OlanipekunÂ  (SAN), Dele Adesina & Co. and Legal Resources Alliance.

The charges include conspiracy to steal, obtaining by false pretence, forgery and accessoryÂ  after fact of stealing.

The Spring Bank MD and her company were particularly charged with accessory after fact ofÂ  stealing of the sum of N5.2 billion being the property of Strand Capital Partners Ltd,Â  thereby committing an offence contrary to section 519 and punishable under the CriminalÂ  Code, laws of the Federation of Nigeria, 2004.

The case, which was first mentioned on 5 August, 2010, but was adjourned till 7 October,Â  2010 as neither the suspects nor their lawyers were in court.

The court has, however, mandated the Special Fraud Unit, SFU, to produce the suspects forÂ  arraignment on the next adjourned date, 7 October, 2010.

Mrs. Olushola was one of the seven managing directors appointed by the Central Bank ofÂ  Nigeria, CBN, on 2 October, 2009 to replace the sacked ones.