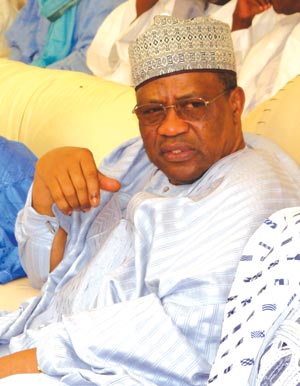 Babangida: believes in a united Nigeria

In a four-page statement in Lagos, issued last night, Bashorun said the sugar-coatedÂ  rhetoric of the desperate man should be rebuffed, lest Nigerians will be â€œmaradonaedâ€ again,Â  a coinage fashioned after the famous Argentine striker, Diego Maradona.

Analysing the antecedents of the self-styled â€˜evil genius,â€™ his former aide said IBB hasÂ  been deceitful ever since he assumed power as the first military president of Nigeria on 27Â  August, 1985, bringing in credible people to give credence to his eight-year misrule.

Major Bashorun revealed that rather than the former military president following throughÂ  withÂ  correcting the perceived shortcomings he mentioned in his maiden broadcast to theÂ  nation, he did the opposite.

He said he decided to warn Nigerians because of the calculated media onslaught deliberatelyÂ  unleashed to launder the image of someone who presided over the most vicious and diabolicalÂ  administration since the countryâ€™s attainment of independence 50 years ago.

â€œThese creations being touted as achievements by Babangidaâ€™s handlers were in reality ofÂ  what is known in medical jargon as â€˜DOAâ€™ (Dead On Arrival), as they were either simplyÂ  non-implementable or deliberately destroyed,â€ he stated.

Major Bashorun cited the situation where the crafty IBB brought the likes of Prof. WoleÂ  Soyinka, Chief Olu Falae, the late Tai Solarin and the late Prof. Olikoye Ransome-Kuti intoÂ  his government for credibility, only to rubbish them.

The retired major said: â€œNigerians should not forget in a hurry that this is a man who toyedÂ  with their lives with impunity and kept changing the dates of a promised hand over toÂ  civilians from 1990 to 1991 to 1992 and again to 1993 when he was eventually forced out ofÂ  power by human rights activists and pro-democracy groups.

â€œThis is a man so arrogant that he sets parameters for the media on which questions shouldÂ  be asked of him. And this is somebody desperately wanting to be the civilian president ofÂ  Nigeria either by hook or crook.

â€œThe world is watching to see how Nigerian journalists would react to this gag-order. TheÂ  answer he still owes Nigerians is, why he has repeatedly refused to release the findings onÂ  who killed Dele Giwa to the public.â€

Bashorun also described his former bossâ€™ annulment of the fairest and freest democraticÂ  election in the history of the country in 1993 as an irony as he (IBB) was now struggling toÂ  smuggle himself through the back door into the same system he tried to crush.

Bashorun askedÂ  IBB to explain what happened to the over 12 billion U.S. dollars thatÂ  accrued to Nigerians during his regime, in the wake of the Gulf War. An official panel saidÂ  the regime simply stole the money through various financial shenanigans.