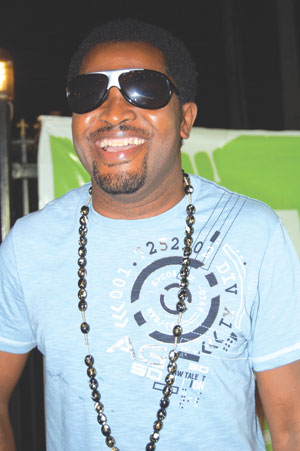 These crops of dignitaries will listen to the works of the footballer turned musician andÂ  support him in an event organised by his record label, Rectitude Records.

The event would be chaired by Chief Rochas Okorocha and has the confirmed attendance ofÂ  Professor Dora Akunyili and a number of other ministers and senators, including past andÂ  present members of the Super Eagles of Nigeria. Daniel Amokachi, Ben Iroha, Mobi Oparaku,Â  Osaze Odemwingie, Samson Siasia and, of course, Celestine Babayaro are expected at theÂ  event.

There would be performances by Cobhams Asuquo, Paul Play, Sound Sultan, Emmanuel himself andÂ  many more.

Emmanuelâ€™s debut, Best of Both Worlds contains rap, jazz and hip-hop numbers. It wasÂ  produced by Cobhams, ID Cabasa, Frenzy and Lalah. Already, listening parties have been heldÂ  in Kaduna and Abuja on 3 and 4 Septemeber, 2010. Lagos would follow in October. Emmanuel wasÂ  a member of the Gold Medal Atlanta Olympic team in 1996.

Speaking on the album and his music, Emmanuel said his parents actually thought he wouldÂ  make a career in music rather than sports.

â€œI have been an entertainer since childhood, and during my football years I used to sing andÂ  dance to entertain my team matesâ€¦I look forward to really making it big on the NigerianÂ  music scene,â€ he said.