Can They Take It To The Next Level? 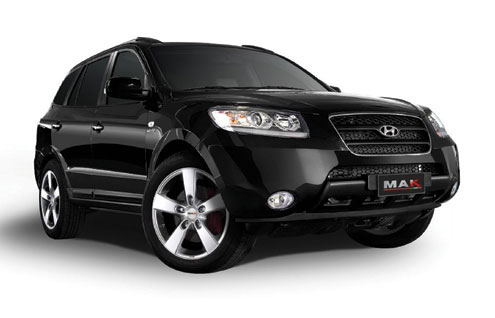 In looking for the next great car companies and assessing what it will take for thoseÂ  automakers to succeed going forward, P.M.Motoring is suggesting that in Hyundai/KIAâ€™s case,Â  â€œâ€¦as long as they donâ€™t get caught up in their own press clippings, which theyâ€™re alreadyÂ  displaying signs of doingâ€¦â€ they might have a real shot.

Thereâ€™s no question that Hyundai – which is the lead dog in the Hyundai/KIA group â€“ isÂ  displaying definitive signs of becoming The Next Automotive Juggernaut. Hyundai has finallyÂ  shaken off the dejection brought on by its previous love with the everyday school ofÂ  automotive design. Just recently, in fact, Hyundai grabbed a designer away from GM by theÂ  name of Phil Zak â€“ the man who designed the highly-regarded Chevy Equinox â€“ to run itsÂ  California-based studio in hopes that he can continue the product momentum and newly foundÂ  design perspective that Hyundai calls â€œFluidic Design,â€ which is aimed at elevating andÂ  giving true substance to the Hyundai brand around the world.

But as you might expect, itâ€™s not that easy. Success in this business is never a finger-snapÂ  away; rather, itâ€™s a day-in, day-out slog thatâ€™s filled with setbacks and small gains â€“Â  sometime in the same week, if not the same day â€“ and it requires a relentless will and aÂ  focused consistency to make progress, let alone excel.

Hyundai has to put a stake in the ground and let the world know what it stands for. Are theyÂ  going to out-BMW? Is that how far theyâ€™re going to take their new-found love with vehicleÂ  dynamics? Are they going to try to out-Audi with a seductive combination of engineering andÂ  breathtaking design? Will they go the safety with luxury route? How about the environmentalÂ  leader persona? Or will they just throw up their hands and just continue to hammer homeÂ  their warranty and push the whole durability/reliability/quality premise for a lack of aÂ  better idea?

Make no mistake, Hyundai is at a crossroads. Itâ€™s not enough that they have the capabilityÂ  to do almost anything they want to do, now it becomes a question of who they are, what theyÂ  want to be, and what theyâ€™re going to stand for from this point on. Basically, the future ofÂ  the whole damn company is at stake. Hyundai is either on the verge of greatness, or itâ€™s onÂ  the verge of going somewhere down the road to Not Good.