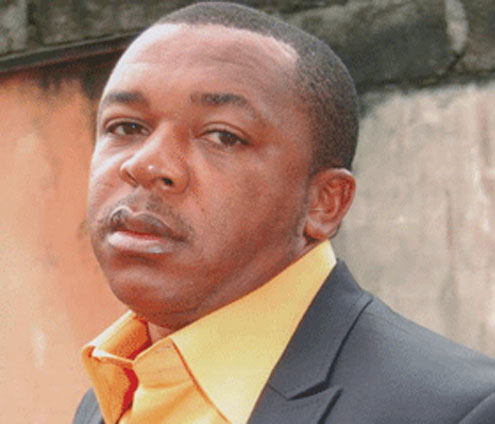 The Chairman, Board of Trustees of the Actorsâ€™ Guild of Nigeria, Prince Ifeanyi Dike, hasÂ  warned Nigerian movie stars to desist from using the name of the industry, Nollywood, as aÂ  platform to campaign for politicians ahead of the 2011 general elections.

In a phone chat with NollwoodReel on Tuesday, Dike said any actor that is interested inÂ  supporting or campaigning for any politician should do so by joining a political party, andÂ  not to do it under the auspices of Nollywood.

According to him, Nollywood is neither a political party nor pressure group, whoever isÂ  interested in politics should do so by joining any political party of his or her choice.

â€œIâ€™m not saying that they should not vote for candidates of their choice, but the act ofÂ  doing public campaign for some politicians is out of it. We are entertainers and roleÂ  models, so we should be friends to every Nigerian, irrespective of their status andÂ  political affiliation. Since we have fans in all the political parties, we will beÂ  disappointing our fans by campaigning for a group of politicians.

â€œThe so-called Nollywood actors that have been doing this are hungry people and AGN will notÂ  hesitate to wield its big stick if they refuse to change. We are currently monitoring theirÂ  activities and at the appropriate time, we will take necessary action against anyone foundÂ  guilty of this shameful act,â€ Dike said.

He added that if at all movie stars should be involved in politics, then it should byÂ  political appointment, either as special advisers or something equivalent, â€œbut anythingÂ  short of that is ridiculousâ€.

â€œWe will not fold our arms and watch some people drag the noble name of this industry in theÂ  mud,â€ he said

Meanwhile, a group of Nigerian movie stars that are currently campaigning for PresidentÂ  Goodluck Jonathan ahead of the 2011 general elections have said that they are not doing soÂ  for financial gains.

The movie stars, headed by Francis Duru, have argued that their decision to supportÂ  President Jonathan for 2011 is because they believeÂ  he is the right candidate that canÂ  handle the affairs of the country for the next four years.

â€œIt is amazing to see how my colleagues embraced this project. Immediately they were hinted,Â  they were down for the entire stuff. We have been shooting the video and recorded songs andÂ  itâ€™s so interesting that these busy people left their busy schedules just to do this. TheyÂ  were not paid a dime for what they are doing. As a matter of fact, they are all doing it forÂ  their love, support and believe in the man, Goodluck Jonathan. And for me, he is the man,â€Â  he said

Desmond Elliot said: â€œI believe strongly in the cause and that is why I have thrown myÂ  weight behind it. We all have choices to make and this is my choice.â€

Popular actor, Femi Brainard disclosed thatÂ  he decided to join the train because heÂ  believes it is a noble venture. â€œThat aside, the man has a track record because what BayelsaÂ  and Yenogoa is today, President Jonathan was part of it when he was a deputy governor andÂ  governor of the state. So for him to be the next president simply means he would beÂ  continuing his act of governance which is quite exemplary. His paper is inked already andÂ  all heâ€™s doing is continuing the good governance and of course he can count on my vote.â€Â  Brainard said.