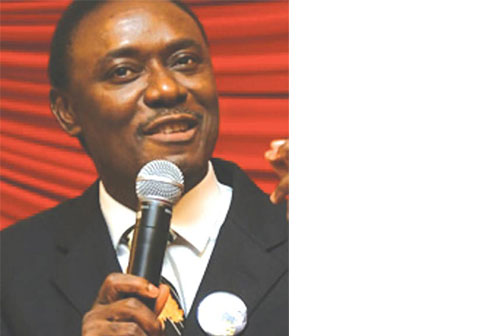 Presidential Candidate of Fresh Democratic Party (FDP) in the 2011 election, Reverend ChrisÂ  Okotie, is soliciting for funds from Nigerians for a successful campaign.

Through text messages, Okotie has called on Nigerians to join his dream and support hisÂ  party through financial contributions made to a Diamond Bank account.

When contacted yesterday, Okotie did not deny the request. He did not return our call andÂ  text message at the time of going to press.

The funky preacher, who was the first candidate to declare his presidential ambition someÂ  months ago, told a gathering of journalists during the declaration that the first 24-hoursÂ  of his presidency will be dedicated to God almighty who told him some years ago that one dayÂ  he will become Nigerian President.

However, the man of God had said that God did not disclose when he will become President.

His motivation, he said, comes from a patriotic zeal to lead Nigeria through a much neededÂ  change.

Born to Francis Idje and Cecilia Okotie, in Ethiope-West, Delta State (then Bendel State) onÂ  16 June 1958, Okotie first ran for the President under the banner of the Justice Party butÂ  lost to Olusegun Obasanjo in the 2003 elections.

He ran again in 2007 as a member of the Fresh Democratic Party and lost to Umaru Yarâ€™Adua inÂ  the 2007 elections.

Reverend Okotie has charged President Jonathan to write his name in gold by ensuring thatÂ  every vote counts in the 2011 elections through viable mechanisms for free and fairÂ  elections in Nigeria as well as the conduct of acceptable on-going electoral reforms.

He claimed that the PDP-led Federal Government is a product of rigging, and he couldÂ  therefore set things right in the 2011 elections to elect and not to select people toÂ  represent Nigerians in leadership positions.

â€œOne of these is electoral reform, and also transparency and good governance. We canâ€™t haveÂ  true democracy if the peopleâ€™s votes do not count; where selection instead of election isÂ  what produces the leaders,â€ Okotie said during the declaration.

Okotie is married to Stephanie Henshaw, the mother of three who was married twice. OkotieÂ  has said that Stephanie is the best thing that ever happened to him and promised her thatÂ  she would soon become the first lady of Nigeria.

But Okotie faces a daunting task as his party remains greatly unrepresented in most parts ofÂ  the country and most of his governorship candidates have remained unknown.Â  In his facebookÂ  account for example, while he has only 602 friends, President Jonathan has 218, 755.