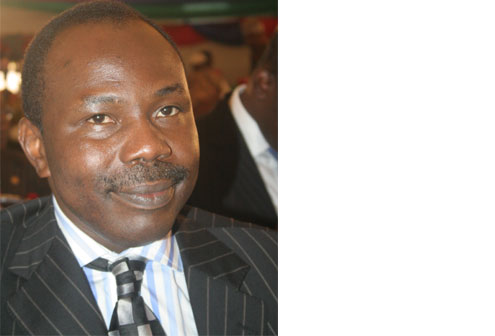 The toxic wastes included expired dry cell batteries which are being dumped in the waterÂ  bodies in the state and it is feared that this could lead to outbreak of epidemic ifÂ  urgent action is not taken to prevent it.

The warehouses are located at 40/42 Jimoh Odutola Street. Some people involved in theÂ  toxic waste dump have been arrested.

Commissioner for the Environment, Dr. Muiz Banire said that officials of the Monitoring,Â  Enforcement and Compliance Department (MEC) of the ministry apprehended some truckÂ  drivers while dumping the toxic materials in the Majidun River.

The vehicles were traced to the warehouses whereÂ  thousands of cartons of the expiredÂ  Tiger Head batteries were stored.

Banire condemned the action, saying that arbitrary disposal of toxic wastes into waterÂ  bodies and arable land put the entire populace at the risk of epidemic, adding that suchÂ  action was cable of stifling economic activities through low productivity as a result ofÂ  ill health, while the aquatic life and the people were equally under immense threat ofÂ  extermination.

According to him, new born babies would be the most vulnerable as they might contract aÂ  disease commonly called the Blue Baby Syndrome; a disease which is contracted throughÂ  high exposure to lead, a major toxic agent of the dry cell battery.

He added that the lead, when accumulated in the body system of aquatic animals like fish,Â  shrimps, snails and frogs, and in-turn consumed by unsuspecting members of the publicÂ  could cause to skin and blood cancer.

Banire warned industrialists, manufacturers, poultry farmers and depot managers to stopÂ  indiscriminate waste disposal by not patronizing quack logistic companies for theÂ  disposal of their industrial wastes as many of them did not have the scientific equipmentÂ  to determine their hazardous implications.

The commissioner advised them to always contact the Lagos State Environmental ProtectionÂ  Agency (LASEPA) and the Lagos State Waste Management Authority (LAWMA) as the statutoryÂ  agencies of the Ministry of the Environment empowered and equipped for the properÂ  assessment of environmental impacts of industrial wastes and proper disposal of solidÂ  waste respectively.

He vowed that companies found wanting in this wise would not escape the appropriateÂ  dictates of the law as ignorance of due process and environmental friendly businessÂ  practices would never be acceptable as a defence for carrying out incriminating actsÂ  which are injurious to both human and natural endowment of the state in the guise ofÂ  doing business.