Police Want To Kill Me â€”Tokyo 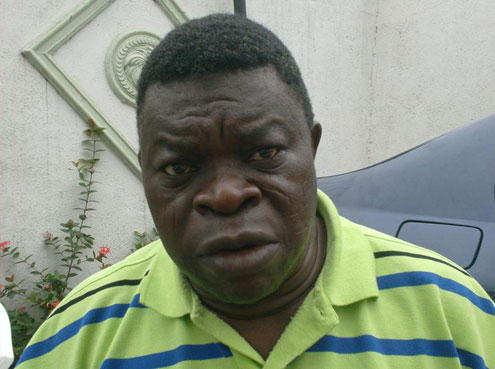 Tokyo said that he deliberately refused to honour the invitation of the police to appearÂ  at the police headquarters, Eleyele, Ibadan because he feels there is a conspiracyÂ  between Bolanta, Oyo State Governor, Adebayo Alao-Akala and sacked chairman of NURTW,Â  Alhaji Lateef Salako (Eleweomo), to kill him.

According to him, the police have concluded arrangements to detain him in their custodyÂ  in order to kill him with gas in the cell.

His counsel, the former Oyo State Attorney-General and Commissioner for Justice, Mr.Â  Michael Lana, in a letter signed by one of the lawyers in his chambers, Mr. VictorÂ  Adewale addressed to the state police command and copied the Inspector General of PoliceÂ  described the invitation of Tokyo by police as illegal.

He said: â€œTake notice that your action is a contempt of court and we shall not hesitateÂ  to commit you to prison for same as the sanctity of the rule of law must be preserved atÂ  all costsâ€.

Alleging that Bolanta, Akala and Eleweomo were behind the midnight attack of 15Â  September, 2010 on Tokyo, he said that at the appropriate time, the evidence would beÂ  revealed to the appropriate authorities and the court.

â€œMore credence is lent to our clientâ€™s belief that you are part of the conspiracy thatÂ  put up the attack because, you (Bolanata) refused to provide security to enforce theÂ  judgement of the National Industrial Court (NIC) reinstating the Tokyo-led executive ofÂ  the NURTW, Oyo State Council despite our chamberâ€™s many entreaties to you. Our clientÂ  Tokyo expressed his apprehension to you several times, particularly, the midnight attackÂ  of last Wednesday and named the culprits involved in the attack yet you deliberatelyÂ  refused to arrest the culprits,â€ Lana stated.

Continuing, he said: â€œYou have indicted yourself and can therefore not set up anyÂ  investigation panel to investigate the case because that will mean you will beÂ  investigating yourself and a man cannot be a judge in his own case.â€

He further pointed out that a suit has been filed in the court to restrain the CP and anyÂ  policeman from further investigating, attacking, arresting and or harassing Tokyo.

Lana disclosed that 29 innocent people were murdered during the crisis instigated byÂ  Governor Akala, the police and Eleweomo, adding that their bodies had been discovered atÂ  the bank of Asejire River where they were dumped.

Speaking on the development, the Oyo State Police Public Relations Officer (PPRO) DSPÂ  Bisi Okuwobi said that the police would not declare Tokyo wanted as earlier contemplatedÂ  for not honouring their invitation.

She said that his counsel had appeared on his behalf to state the reason why Tokyo failedÂ  to appear before the CP yesterday.

Okuwobi, however, debunked the allegation that the police are conspiring with GovernorÂ  Akala and Eleweomo to kill Tokyo, describing Tokyo as an inconsistent person who claimedÂ  that he could not honour police invitation because he is sick but strong enough toÂ  address newsmen.

She said that Tokyo lacks integrity and he is trying to attract public sympathy to coverÂ  up the alleged crimes he has committed.

She disclosed that Eleweomo, after giving his statement at the state CID, Iyaganku, hasÂ  been released on bail.

Okuwobi warned members of NURTW to stay away from fomenting trouble, stressing that noÂ  matter how big anybody is, he cannot be bigger than the law.

â€œIt is a matter of time. Those who are making the state hell for innocent and law abidingÂ  residents would one day be brought to book. We will all gain from peace but lose if peaceÂ  eludes our dear state,â€ she pointed out.