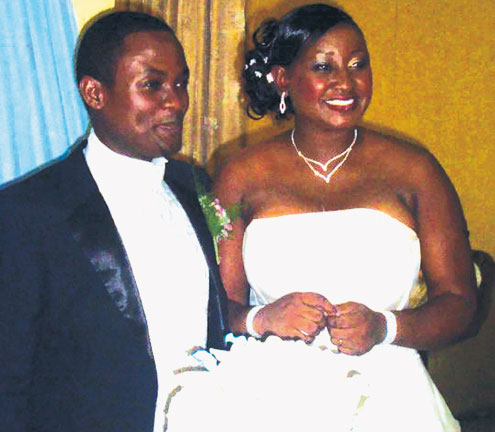 â€¢Edet and Harriet Umoh on their wedding day.

A newscaster with Channels Television, Mrs. Harriet Agbenyi-Umoh, has lost her husband barely five months after their wedding.

The husband, Mr. Edet Umoh, also an ex-staff of the television station, passed on yesterday in Lagos, South West Nigeria, due to an undisclosed illness that kept him bedridden in recent weeks.

The couple got married in April this year at the Ikoyi registry in Lagos and has been living happily before tragedy struck yesterday.

Colleagues and friends have been sympathizing with the newscaster since yesterday.

â€œJehovah is your strength. He alone will hold you up. He alone is the lifter of your head. My sister and friend, what can I say? May God Almighty, who alone knows why it happened, console you,â€ some of her friends said on her facebook page.

Harriet has been a broadcaster with Channels TV for almost two years now.

She had worked for Galaxy and Business TV stations all in Lagos.

The programme for the obsequies had not been announced at the time of going to press.