How I Lost N1m To Fraudsters â€”Bank Cashier 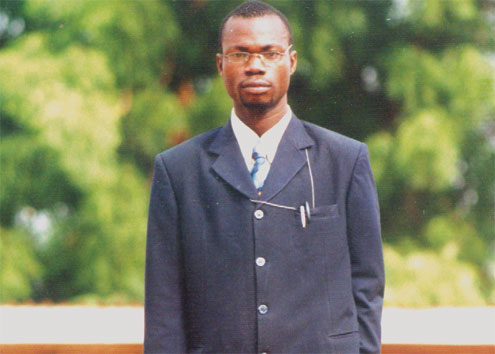 A 37-year old man has made a confessional statement to the police on how he conspired with three others at large to collect the sum of N1 million from a bank cashier.

The suspect Matthew Akinbo Agbonria, according to the police, has no fixed address while the victim is identified as Lucky Ejere Benedict, 25, a native of Owan East Local Government of Edo State.

Benedict narrated his experience thus: â€œI am a cashier with a bank on College Road, Estate bus stop, Ogba, Lagos. Normally when I close from work, my supervisor drops me at Fagba Junction.

â€œOn the day of the incident he dropped me as usual and because of the traffic jam, I decided to trek to Ishaga. On my way, I ran into a man who looked as if he missed his way. He asked me his way out and I decided to ask from a passer-by. He told me he didnâ€™t know. The man that missed hisÂ  way spoke like a foreigner.

â€œSuddenly the foreigner said he brought goods and that the goods were in hotel in Ishaga.Â  He told me he brought one of the goods in black paper and a chemical with him and he put the chemical into the nylon bag and he poured water on it, shook it immediately and later told me to dip my hand and bring something out.

â€œI never agreed because I was afraid, the other person with him said he was going to do it and he gave his name as Sunday, real name (Ernest). He dipped his hand into the nylon bag. He brought out N100 note and gave it to the foreigner (Matthew Akinbo Agbonria) and he bit it, gave Sunday to bite as well and passed it to me to bite and after that they said we had sworn to an oath.

â€œThey said to confirm it we should all put saliva on our hands and they made incantation and it came out on the other side. Fear gripped me and they said it was a secret that whoever revealed it will fall down, vomit blood and die.

â€œThat was how I was confused because it took place between 7pm-8pm and they told me they needed to buy chemical to wash the remaining money like N80,000 and we tasked ourselves to bring N25,000 each and the second day, I withdrew the money from my account and gave to them at the same place I met them. And they keept asking for money to the extent that I lied to my female supervisor in the bank to borrow me some money to enable me travel to see my mother that was sick. These people would say bring more money to buy chemical to wash the money and they succeeded in collecting N95,000 from me.

â€œThree days after, Sunday, one of them, called me on phone to say that they were coming to the bank to collect money and that if I disobeyed them they would shoot me. And in a few minutes I saw Sunday enter the bank and he came straight to me at the counter and he demanded for N1 million. He got it and left immediately.

â€œThe bank arrested the two tellers, me and my colleague and took us to Area â€˜Gâ€™ Ogba and Iwas charged to the magistrateâ€™s court in Ikeja. The case was adjourned.

â€œIt was through the information that I gave that led to the arrest of Agbonria. The police at Area â€˜Gâ€™ have charged him to an Ikeja magistrateâ€™s court and he was ordered to be remanded in Kirikiri, while the case comes up today.

Agbonria said: â€œWe have been doing it for two years now alongside my three other accomplices. And we have made much money. I have plots of land in Lagos. I have a wife and children.â€

The police at Area â€˜Gâ€™ said they are on the trail of the other fleeing suspects.