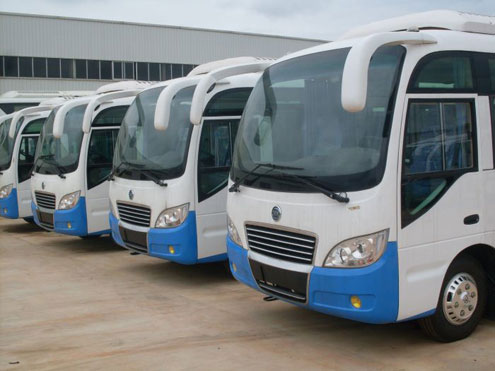 The official commissioning of the Nnewi plant is expected to usher in a new phase in theÂ  nationâ€™s auto industry, which has had a not-too-successful trajectory, with a good numberÂ  of the auto assembly companies established by government between the 1970s and the 1980s,Â  either dead or gasping for breath.

Only last week, the Minister of State toured the new Nnewi plant, where, by her ownÂ  admission, she was amazed by the courage displayed by Chief Chukwuma, the hugeÂ Â  investment so far made by the entrepreneur and the volume of production activities withinÂ  the complex.

â€œI am highly impressed with what is available here. Chief Chukwuma is an individual, butÂ  doing what the government is supposed to do. The auto plant is a big plus in terms ofÂ  employment generation. The Chairman said that this place is only producing at 30 per centÂ  of its actual capacity. One wonders what will happen when it starts operating fullyâ€

The minister also remarked that if more auto plants like Innosonâ€™s are established inÂ Â  the country, â€œthe youths would smile and forget about unemployment. Chief Chukwumaâ€™sÂ  initiative is amazing and I think he needs to be encouragedâ€.

Mrs Tapgun said her visit which came about three weeks ahead of the expectedÂ  commissioning of the plant by President Jonathan, was due to the urge to see things forÂ  herself and seek ways of supporting the project. â€œThe intervention fund available forÂ  industries is a huge relief for people like him. And I expect him to benefit from it,â€Â  she enthused.

And If recent developments at Innoson Vehicle Manufacturing Company Limited (IVM) are aÂ  foretaste of what the future holds for the Nnewi-based auto plant, then it is well on theÂ  way to becoming the corporate version of the biblical prophet that is respected moreÂ  abroad than at home.

Though production is yet to gather full momentum, the plant and the vehicles that have soÂ  far rolled off the production lines have been attracting attention from the ECOWASÂ  sub-regional markets, particular Ghana which last week sent a top-level delegation toÂ  Nnewi, to discuss business with the management of Innoson.

Led by the Deputy Minister for Transport, Madam Dzifa Aku Attivor, the visitors touredÂ  various sections of the auto plant (and briefly watched production in progress), theÂ  plastic-manufacturing sister company in Emene, Enugu, which supplies some of theÂ  vehiclesâ€™ parts and accessories, as well as a new tyre manufacturing company, GeneralÂ  Tyres and Tubes Limited, also a member of the Innoson Group.

The Deputy Minister who repeatedly expressed how â€œvery, very impressedâ€ she was duringÂ  the tour of the auto plant, said she and her team were on a fact- finding mission. SheÂ  disclosed that they were in Nigeria to explore the possibility of not just introducingÂ  some of Innoson Groupâ€™s products to the Ghanaian market, but also setting up a similarÂ  auto plant in Ghana.