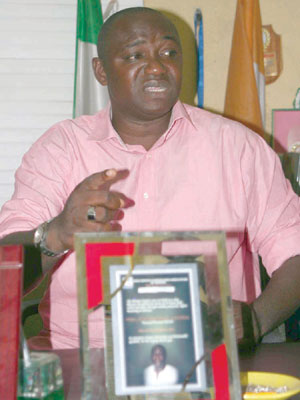 Authorities of the Video Rental Operators Association of Nigeria, VROAN, have denied itsÂ  involvement in the boycott exercise that took place in Idumota on Monday.

gathered that on Monday, some retailers boycotted all the Yoruba moviesÂ  that were being marketed in Idumota. The National President of VROAN, Kassim Olatunbosun,Â  a.k.a. Boe, has said that his members were not involved.

â€œIt was business as usual because all our members were in the market to get the newÂ  films. So ifÂ  something like that happened, it was definitely not from our members,â€ heÂ  said.

â€œVROAN is more concerned about the growth of the movie industry and will therefore not beÂ  part of any action that will be detrimental to it.â€

Meanwhile, in a letter dated 14 May, 2010 and addressed to the Yoruba Video FilmÂ  Producers/Marketers Association of Nigeria, YOVIFPMAN, the authorities of VROAN made itsÂ  intention to remit rights on selected films so that producers of such jobs can startÂ  reaping the fruits of their labour.

Boe told NollywoodReel that to this end, his association has decided to remit rights on aÂ  few selected films that will not be less than 15.

â€œThis will also serve as a platform to control the number of films that are beingÂ  released into the market. We want to encourage our people to produce more quality filmsÂ  so that the viewers can get value for their money. Having said that, I must commend theÂ  support of the Association of Yoruba Theatre-Arts Practitioners, ANTP and YOVIFPMANÂ  because they have proved to be agents of change,â€ Boe said.

The video rental association is currently making plans to stage an award come 23 OctoberÂ  this year.

The award, according to Boe, is designed to honour those that have contributed immenselyÂ  to the growth of the Nigerian entertainment industry.