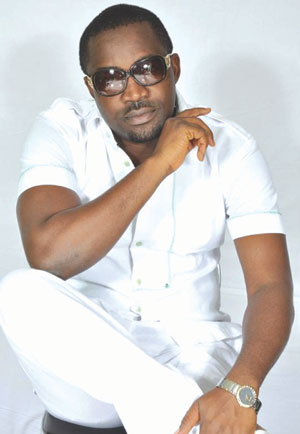 After a successful tour of some major cities in the United States of America, wave-makingÂ  hip hop artiste, Nigga Raw, is back in the country and has picked 1 October 2010 as theÂ  date to release his third album titled End Of Discussion.

The Abia State-born crooner said the 12 tracker will hit the shelves on Independence DayÂ  amid fanfare.

Speaking on the success recorded during his one-month tour, the Business AdministrationÂ  and Management graduate of the Institute of Management Technology (IMT), Enugu, admittedÂ  it was a plus for his thriving career.

â€œAll my shows in the US were successful. At the Houston show, I played for Umuigbo UniteÂ  and later moved to Dallas where I played in a massive show packaged by Townkriers and BigÂ  A Entertainment. I capped my outing with a historic show powered by Sons of Nigeria inÂ  New York City. At all my shows, the reception was overwhelming and my fans, includingÂ  whites, kept dancing and asking for more,â€ he disclosed.

Shedding more light on his new album and the date chosen for its release, Nigga Raw, whoÂ  had earlier in the year toured some countries in Europe, including Italy, Switzerland andÂ  Austria for three weeks, said it was a token for his fans and the nation at 50.

â€œThe date of release of this album was carefully planned and picked. I love my country,Â  so, I decided to give my fans and our nation a special gift on the occasion of its 50thÂ  anniversary as a united and unique nation. Sincerely, the album was ready very early inÂ  the year, but I decided to wait till 1 October, despite the mounting pressure from myÂ  marketing outfit. I want Nigerians, especially my fans, to celebrate with a copy of myÂ  new album on 1 October, in the spirit of nationhood and independence,â€ he submitted.

One of the videos, O-Chukwu, directed by Jos-based Bobby Hai, is already serenading theÂ  air waves and garnering critical acclaim from pundits and critics alike, while the otherÂ  video, Letâ€™s Party, which Raw described as a techno song and shot by Wacko Dâ€™ Bad, isÂ  expected to drop on air on 1 October.