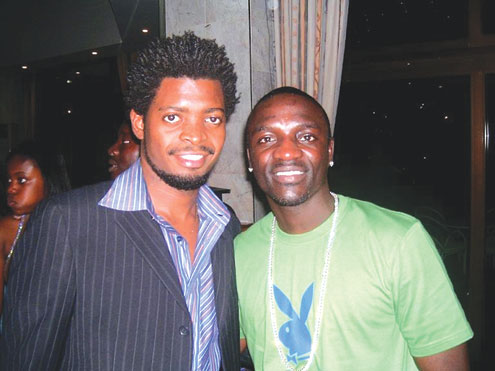 Riding on the crest of the popularity that his show, Lord of The Ribs, garnered earlyÂ  this year, humour merchant, Bright Okpocha, popularly known as Basketmouth, is set toÂ  stage another edition of the annual comedy concert.

The event, which in the past was christened Uncensored, will this year hold on 10Â  October, 2010 and scheduled to hold at the Expo Centre of the EkoÂ Hotels andÂ  Suites,Â Lagos, South West Nigeria.

One of the foreign comedians expected at the show is the Nigeria-bornÂ Hollywood star,Â  Gina Yashere. She will be experiencing her debut performance in Africa.

Explaining the motive behind the concert, Basketmouth said â€œwe want to do somethingÂ  different, something that has not been done in the history ofÂ stand-upÂ  comedyÂ inÂ Nigeria.â€

Earlier in the year, the award winning comedian rocked the city of London, where heÂ  staged the first edition of Lord Of The Ribs, thus becoming the second black comedian inÂ  the history of the prestigious 02 Arena Hall to have a sell out show.

Later in the year, he travelled round the world, touring the US, South Africa, KenyaÂ  andÂ Ghana, to rub shoulders with comedy greats likeÂ Mel MillerÂ andÂ Chris James.