Dokpesi Is Being Punished for Supporting Zoning -IBB Campaign Organisation 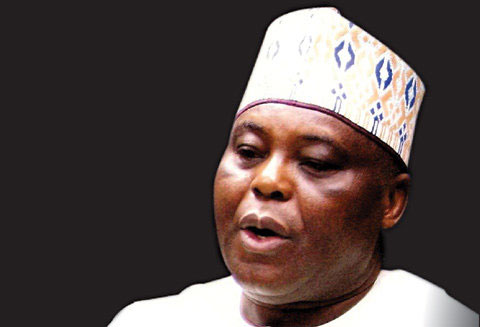 IBB 2011 Campaign Organisation has alleged that Chief Raymond Dokpesi, its director general who was briefly detained by the State Security Services yesterday is being persecuted over his commitment to the zoning arrangement of Peoples Democratic Party.

The campaign organisation also alleged that the attempt to link the Chairman of Daar Communications to the October 1 bomb plot is just the latest in the series of intimidation it has suffered in the hands of government in recent times.

Briefing journalists on Tuesday over the detention of the media mogul over his alleged links to the masterminds of the Independence Day bomb blasts, Senator Kanti Bello, Deputy Director General of the Campaign Organisation, affirmed that “High Chief Raymond Dokpesi has no relationship, and will not associate with terrorists or terrorism and will never support any act capable of destroying humanity and statehood of our great country”.

“It is instructive to note that the only offence of Chief Raymond Dokpesi is was the fact that he rejected his appointment as the Director General of President Goodluck Jonathan Campaign Organisation.

“In rejecting the said appointment, he had informed the world that his belief in the zoning arrangement of PDP in which the presidency is to the North for the 2007 ti 2015 would present him a moral burden.

“Beyond this, we cannot possibly hazard any guess why he is being subjected to all manners of intimidation, threat, harassment, repression, mudslinging and campaign of calumny”, added the group.

The IBB Campaign Organisation recalled that the Movement for the Emancipation of the Niger Delta had claimed responsibility for the bomb blasts which Dokpesi is now being accused of masterminding. The group also noted that MEND had carried out similar bombing activities out in Warri and even, the residence of the President in Bayelsa State before now.

“It is pitiful that the presidency has politicised the gruesome wanton murder of our fellow citizens. Instead of finding culprits and perpetrators of this dastardly act, Government and its security agencies appear resolved to dissipate their energy and our national resource in haunting and hunting opponents”, the IBB Campaign Organisation noted.

The campaign group noted that Chief Dokpesi had earlier in September raised alarm over threat to his life, lives of members of his family and other directors of the Campaign Organisation.

The group also listed other alleged intimidation it has suffered in the hands of government and its agencies to include deliberate destruction and removal of the campaign billboards of its presidential aspirant, Ibrahim Babangida allegedly on the orders of the Minister of the Federal Capital Territory.

“We have seen the endless campaign of calumny by way of posters and leaflets being orchestrated by the presidency and its agents to tarnish the good image of our Presidential aspirant, Ibrahim Babangida”, Senator Kanti added.