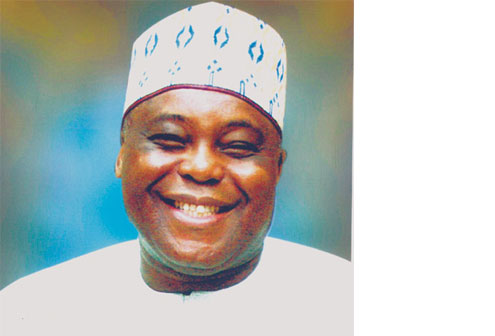 Raymond Dokpesi, the director general of the presidential campaign organisation of formerÂ  military dictator Ibrahim Babangida, has been released.

He was arrested yesterday night in connection with bomb blasts that killed 12 persons andÂ  injured dozens on independence day in Abuja, Nigeriaâ€™s capital.

He had planned to address the press this morning but the event was later cancelled.

His arrest followed an alleged revealing text message sent to the phone of one of theÂ  suspected bombers.

Dokpesi regained freedom at about 11 p.m. last night after being interrogated.

Dokpesi was said to have reported himself to the State Security Service, SSS,Â  Headquarters last night following an invitation sent to him by the SSS in connection withÂ  the bomb explosions.

He was directed to report back at the SSS headquarters at about 3 p.m. today.

A hurriedly assembled press conference scheduled for 10 a.m. today was suspendedÂ  following the decision of the IBB Campaign Organisation to consult widely before meetingÂ  with the press over the alleged involvement of the organisationâ€™s Director General in theÂ  blast.

â€œWeâ€™re more resolute now, more than ever before,â€ he said.

Journalists who thronged the Maitama District office of Ibrahim Babangida CampaignÂ  Organisation were informed that the press briefing would no longer hold as expected owingÂ  to the desire of the organisation to consult widely before addressing the press on theÂ  damning allegation about the correspondence between Dokpesi and one of the suspects ofÂ  the Abuja blast.

P.M.NEWS, however, discovered that the postponement of the press parley may not beÂ  unconnected with the directive issued toÂ  Dokpesi by security officials who interrogatedÂ  him yesterday.

The IBB Campaign organisation may have shelved the briefing in order not to aggravateÂ  issues for its Director General who is scheduled to return for more interrogation thisÂ  afternoon.

The alleged text message allegedly sent to one of the suspects of the blast who isÂ  already in custody, was said to have inquired if the AIT boss had paid the balance ofÂ  their fee for the bomb attack.