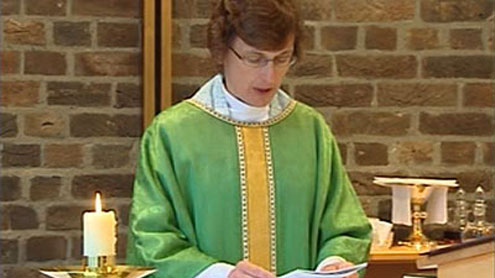 Over 100 women have ordained themselves Catholic priests in the United States of AmericaÂ  and other parts of the world and this is tearing the Roman Catholic Church apart.

Ordinarily, the Catholic Church only operates with male priests also known as ReverendÂ  Fathers while the female are Nuns or Reverend Sisters. But the female are not allowed toÂ  perform rites during mass and this has not gone down well with some of them.

One of the female priests, Judy Lee, 67, who has been conducting mass for 25 Catholics inÂ  the US says she is aware of the threat by Pope Benedict to excommunicate anyone whoÂ  disobeys the laid down rule but accused Rome of gender insensitivity.

The group, which calls itself Roman Catholic Womenpriests, founded eight years ago inÂ  Europe, has been ordaining women who think they are capable of performing the rites asÂ  reported by Time, an international news magazine this week.

It ordained women like Lee and Nancy Corran, who is now 37. The group is said to operateÂ  in more than 20 American states and Canada.

But their growing following signals that Catholics, already incensed by the never endingÂ  clerical sexual-abuse crisis, are losing patience with Romeâ€™s refusal to let women intoÂ  the leadership of a church to which more than 20% of Americans belong.

Though Lee was told by one of the churchâ€™s Bishop, Rev. Frank DewaneÂ  that the CatholicÂ  Church had no authority to confer priestly ordination on women because Jesus had noÂ  female Apostle, she was said to have replied: â€œRome can impose all the rules it wants onÂ  women, divorced people, gay people. But it canâ€™t stop us.â€

Meehan, 62, once did ministry work that included â€œeverything a priest does,â€ she says â€”Â  except saying Mass.

So in 2006 she was made a priest by a group of German female theologians who four yearsÂ  earlier had been ordained by a renegade cleric â€” and who were made bishops, by aÂ  sympathetic European bishop whose identity they wonâ€™t reveal according to the report.

Members of the group who are said to hold advance religious degrees and have participatedÂ  in lay works in the Catholic church rely on the Da Vinci Code, which argues in theirÂ  favour. While some of them are married, another doctrinal abomination by the church,Â  others have outside jobs where they get salaries.

They also maintain that the New Testament and early Christian art show that women likeÂ  Mary Magdalene, one of Jesusâ€™ most trusted followers, were apostles, priests and bishopsÂ  before medieval misogyny took hold of the church.

â€œThey perform baptisms and legally recognized marriages. They say Mass in private homesÂ  or sanctuaries lent by Protestant churches,â€ the report said adding that most of the 65Â  million Catholics in the US consider the churchâ€™s logic behind the ban on female priestsÂ  to be as thin as a Communion wafer.

A recent poll conducted by the New York Times shows that 59 per cent of the worshippersÂ  favour ordaining women.

Conservative Catholics say this is really about feminist politics, and certainly there isÂ  overlap. The Womenpriests use a liturgy that stresses gender neutrality (â€œIn the name ofÂ  God our Father and Mother …â€), and they donâ€™t toe the Vatican line against birthÂ  control and abortion, endorsing instead the Catholic tenet of informed individualÂ  conscience.

They also favor the kind of new-age, Mother Earth music that can grate on evenÂ  progressive Catholics the report also explained.