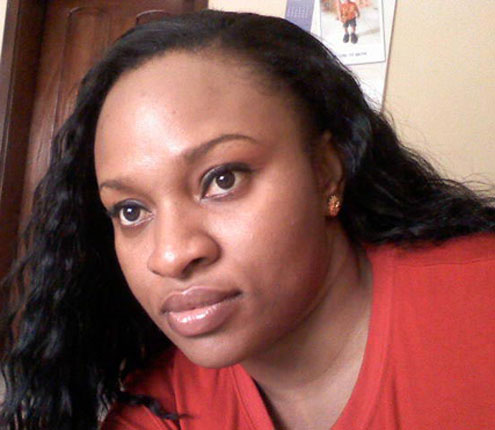 Marriage is a wonderful institution designed by God. It is really a mystery how twoÂ  people from different parents come together as one. When two people fall in love, noÂ  amount of pressure can stop them and if eventually they are stopped, it is always veryÂ  disastrous.

I happen to come from the Eastern part of the country where there is so much being doneÂ  wrongly in marriage. I can confidently say that only a few marriages in the East areÂ  based on love. This is because as a girl is growing, there is someone, probably a familyÂ  friend she is reserved for. Her opinion does not matter as she is told that she will getÂ  to love the man as they begin to live together. What a pity!

Even the matured ones donâ€™t get married because they are in love. They get marriedÂ  because that man can take care of the family or because age is not on their side. I haveÂ  seen very beautiful girls from my village age in their parentsâ€™ house. This is notÂ  because they were not what the society would have them be, but because they fell in loveÂ  with total strangers and their parents were against the relationship.

It is really sad seeing parents in this generation still pushing their daughters intoÂ  wrong marriages. This is one reason why the rate of divorce is very high. Two people whoÂ  have nothing in common and are raised with totally different outlook are forced to becomeÂ  husband and wife.

As an Igbo girl from Anambra State, I can categorically say it without mincing words thatÂ  this practice is prevalent in my state. It’s either your parents donâ€™t want you to getÂ  married to a man from another Igbo state or they donâ€™t want the man because he is notÂ  rich enough to buy Christmas cow for the family.

They do this, not only to non-Igbo, but also to Igbo from different states. Even theÂ  educated, exposed parents are guilty of this. This is why you see a lot of beautiful,Â  mature girls from my state that are still unmarried.

I remember years back when I introduced a very nice guy to a girl from my place. ThisÂ  girl is so pretty that the guy wanted her by all means. In this case, the guy is veryÂ  comfortable and they loved each other. They dated for so many years with the girlâ€™sÂ  family enjoying his money. But when it was time for marriage, they rejected the same guyÂ  whose largesse they had enjoyed on the flimsy excuse that he is not from Anambra State.Â  Today; the guy is married while the girl is in her late thirties and still single.

I recently summoned the courage to ask a friend why he is still single at the age ofÂ  forty. He is not from the Igbo tribe. He told me how he dated a female lawyer for aboutÂ  six years and their relationship even produced a child. When he got ready for marriage,Â  the girlâ€™s parents refused to give their daughter to him.

A girl I know very well went through years fighting her parents (I salute her courage).Â  It got to a point that she left the house because her parents went the extent of callingÂ  her man an osu just to make her change her mind. She stood firm and it was reallyÂ  surprising how they later gave out their daughter to that same osu.

I have seen people from different races co-exist happily. Why then should we be havingÂ  problems with inter-tribal marriages? The problem is that a typical Nigerian man or womanÂ  does not love with everything in him/her. When a Yoruba girl decides to be married to anÂ  Igbo man, she ceases to be a Yoruba girl from that moment. Likewise an Igbo girl when sheÂ  decides to get hooked to a Yoruba guy.

But the case is always different with Nigerian marriages. I see ladies not wanting to beÂ  identified with their husbandâ€™s tribe. If you say you love a man, you should loveÂ  everything about him, his culture inclusive. The first thing I expect women to do onceÂ  they make the choice of a life partner is to study him and his culture. In studying hisÂ  culture, you must know everything about his people, their way of life, their traditions,Â  what they wear, his language and even the way they greet.

Most importantly, you must learn to prepare his local dishes. I hear some girls say theyÂ  are not ready to start learning how to prepare their husbands local dishes because theÂ  man knew they are not from their tribe before coming for them. I have a friend, anÂ  American lady who is married to an Igbo guy. This lady, a white American, came to myÂ  house to learn how to prepare her husbandâ€™s local dishes. Now in the USA, she cooks andÂ  eats them. This is what I call love and oneness.

Girl, donâ€™t go on feeling on top of the world. Yes, he met you in Lagos and got marriedÂ  to you in Lagos. But he would appreciate you more if you can be humble enough to ask anyÂ  of his sisters or your friends from his tribe to teach you how to prepare their dishes.Â  Remember, no matter the number of stewards and cooks in your house, there is nothing aÂ  man appreciates like his wife getting into the kitchen, preparing and serving his mealÂ  herself. This makes him feel like a king in his house.

Coming to the issue of language, I want you to always remember that English is not ourÂ  language. Both of you should learn your different languages. One problem withÂ  inter-tribal marriage is that the children most times are faced with the problem of notÂ  being able to understand any Nigerian language. This is because the parents fail toÂ  accept the language of one another. If you fail to understand the language, you willÂ  begin to have issues with your in-laws as you are bound to become suspicious wheneverÂ  they chat in their local dialect.

Another problem with inter-tribal marriage is that there is always some sort of rivalryÂ  among the parents. Something happened during this yearâ€™s cultural day in my childâ€™sÂ  school. I heard a father whose child was dressed the Yoruba way, reminding her in theÂ  presence of the teachers that she is not Yoruba. The teachers were laughing about it, butÂ  looking at this man who is Igbo, I could see a man who has failed to come to terms withÂ  the fact that he is now one with someone from a different tribe.

This is the 21st century and inter-tribal marriage shouldnâ€™t be an issue at all. NigeriaÂ  is one. I have always said it that whoever my children decides to marry is their choice.Â  Tribal sentiments have caused more harm than good to us. Girls have remained unmarriedÂ  because they lost their man. Even those that were pushed into same-tribe marriage byÂ  their parents are not happy in their homes. There are so many examples of women who areÂ  very happy in inter-tribal marriages. All you have to ask God for is a man who has a goodÂ  conscience and fears God. Never allow anyone talk you out of your destiny because you mayÂ  never be happy afterwards.