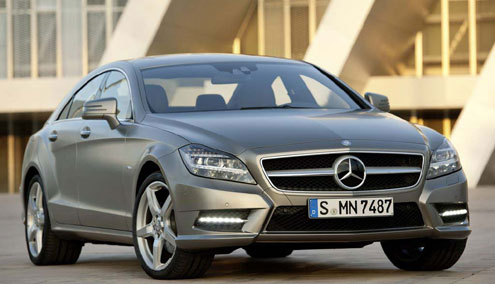 The new Mercedes-Benz CLS will make its world premiere at next monthâ€™s Paris Motor Show.Â  Mercedes-Benz in 2003, created a new vehicle category with the CLS as it made its mark asÂ  a new style icon, which for the first time combined the elegance and dynamism of a coupÃ©Â  with the comfort and functionality of a saloon.

The very latest model will be among the stars that Mercedes-Benz will parade as the autoÂ  show opens in Paris, according to a recent communiquÃ© by Mr. Mirko Plath, ManagingÂ  Director, Weststar Associates Limited, the company that markets all Mercedes Benz brandÂ  in Nigeria.

The new Mercedes-Benz CLS in his words, builds on the pioneering role of its predecessorÂ  yet, is an entirely new edition as it points the way forward for the future perceptibleÂ  design idiom of Mercedes-Benz, while at the same time, takes its inspiration from theÂ  great tradition of stylish and refined sportiness which has always been a feature of allÂ  Mercedes-Benz coupÃ©s.

He further disclosed that the exterior components remain as spectacular as ever, addingÂ  that though the proportions now are the same, everything is different. â€œThe secondÂ  generation of this design trendsetter has adopted a completely new look. What immediatelyÂ  strikes the eye is the innovative front design, which is reminiscent of the Mercedes-BenzÂ  SLS AMG. Visually, the radiator grille is not integrated into the bonnet but is formedÂ  separately. This highlights the long, sporty bonnet even further.Â  The grille isÂ  dominated by the large central star, which underlines the carâ€™s relationship to the otherÂ  coupÃ©s of the brand and also enhances brand identity. The large, elongated dark airÂ  inlets with black grilles also add to the beauty of the vehicleâ€.