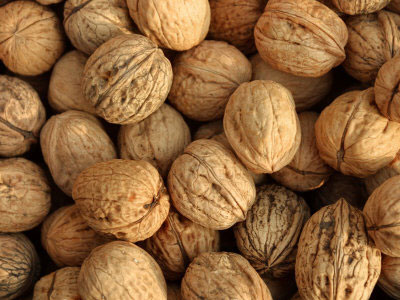 walnuts Foods You Must Eat

Are you facing serious stress or increasing blood pressure? Then eat walnuts.

It has been proven by a team of researchers that a diet rich in walnuts and walnut oilÂ  can prepare the body to deal better with stress and help influence blood pressureÂ  positively.

The Penn State researchers who looked at how these foods, which contain polyunsaturatedÂ  fats, influence blood pressureÂ  confirmed previous studies which showed that omega-3Â  fatty acids-like the alpha linolenic acid found in walnuts-can reduce bad cholesterol.Â  These foods may also reduce other markers of inflammation in the body, the report stated.

One of the researchers who came up with the report published in the current issue of theÂ  Journal of the American College of Nutrition, Sheila G. West,Â  said: â€œPeople who show anÂ  exaggerated biological response to stress are at higher risk of heart disease,â€Â  maintaining that â€œwe wanted to find out if omega 3-fatty acids from plant sources wouldÂ  blunt cardiovascular responses to stress.â€

The Associate Professor of Biobehavioural Health said the result was positive.

Using a randomised crossover study design, the researchers studied 22 healthy adultsÂ  with elevated cholesterol. All meals and snacks were provided during three diet periodsÂ  of six weeks each.

They said they found that walnuts and walnut oil included in the diet lowered bothÂ  resting blood pressure and blood pressure responses to stress in the laboratory.

â€œThis is the first study to show that walnuts and walnut oil reduce blood pressure duringÂ  stress,â€ West stressed, adding that the result further showed that when walnut is addedÂ  to flaxseed oil, it reduces the risk of cardiovascular disease.

After the participants were given meals mixed with walnut or its oil and tried whileÂ  their blood pressure was measured, the results showed that average diastolic bloodÂ  pressure-the â€œbottom numberâ€ or the pressure in the arteries when the heart isÂ  resting-was significantly reduced during the diets containing walnuts and walnut oil.

Walnuts are a rich source of fiber, antioxidants, and unsaturated fatty acids,Â  particularly alpha linolenic acid, an omega-3 fatty acid, and these compounds could beÂ  responsible for the beneficial effects on blood pressure.

According to West, â€œThese results are in agreement with several recent studies showingÂ  that walnuts can reduce cholesterol and blood pressure.â€