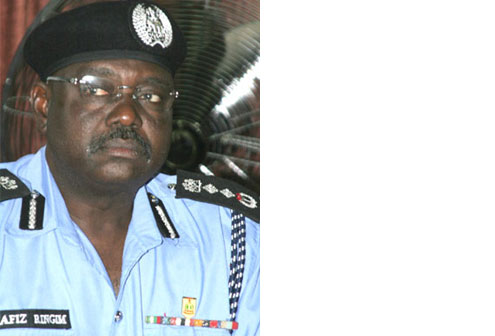 A police station in Maiduguri capital of Borno State has been destroyed in an attackÂ  blamed on the Boko Haram Islamic sect, the BBC reported this afternoon.

One policeman was injured by gunmen who shot at the entrance before an explosion insideÂ  injured another policeman and woman.

At least 16 people, mostly police officers, have been killed in the city in the past twoÂ  months.

Clashes between Boko Haram and the police in July 2009 left hundreds dead.

The BBCâ€™s Bilkisu Babangida in Maiduguri says the attack follows the killing on SaturdayÂ  of an Islamic scholar.

He was believed to have been preaching against the sect, which is opposed to WesternÂ  education and accuses Nigeriaâ€™s government of being corrupted by Western ideas.

Our correspondent says the attack on Monday night happened at about 2130 local time.

Police say a locally made Molotov cocktail exploded inside the police station.

Most of those killed in the recent assassinations have been shot by people ridingÂ  motorbikes.

In a bid to reduce the killings, motorbikes have been banned at night but the shootingÂ  have continued.

Hundreds of people suspected of being Boko Haram members escaped from prison in SeptemberÂ  after gunmen attacked the jail where they were being held in the city.

Most of those who died were supporters of the sect, which is also known locally as theÂ  Taliban and wants to see Islamic law imposed across Nigeria.

The sectâ€™s leader, Mohammed Yusuf, was among those killed, apparently after he was handedÂ  over alive to the police.